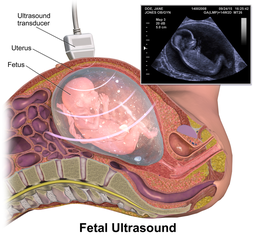 In John Patty, D.O., LLC v. Missouri Professionals Mutual Physicians Professional Indemnity Association, No. ED106747 (Mo. Ct. App. Apr. 23, 2019), a Missouri appellate court rejected the lower court’s decision regarding liability limits in a medical malpractice suit involving injuries to both mother and baby. Specifically, the court held that because allegations of a physician’s negligence included acts and omissions, which occurred not only before and during a cesarean section delivery but also after delivery when the child was indisputably a separate person from his mother, there were distinct “Medical Occurrences” and therefore two liability limits as opposed to just one.

In the underlying medical malpractice suit, it was alleged that both the mother and her child sustained severe and lasting injuries — including permanent mental and physical disabilities — as the result of care rendered by John Patty, D.O. Dr. Patty specialized in obstetrics and provided care to the mother throughout her pregnancy. Complications including preterm contractions and abdominal pain began in the third trimester. As a result, Dr. Patty admitted the mother to the hospital for purposes of treating her and monitoring fetal health. Four days after admission, the mother was discharged from the hospital while still experiencing ongoing symptoms and problems. Two days later, the mother returned to Dr. Patty, as her symptoms were not improving. The doctor gave her no instructions to return. After three more days, however, she returned yet again with still worsening symptoms. Upon this presentation, Dr. Patty was unable to detect the mother’s blood pressure. Meanwhile, the child was not moving and had a declining heart rate. The physician elected to perform an emergency C-section in his office, which lacked the standard medication, anesthesia, equipment, and staff that would typically be used throughout the course of a C-section delivery. The child was delivered with depressed respiratory and heart function, and the facility lacked the equipment needed to resuscitate the child. Following delivery, both mother and child were transferred to a local hospital in critical condition. As a result of complications from the C-section delivery, both mother and baby sustained significant injuries and will each require professional care and treatment for the remainder of their lives.

While the patients’ claims against Dr. Patty were pending, the physician filed a declaratory judgment action against his insurer, Missouri Professionals Mutual-Physicians Professional Indemnity Association (MPM-PPIA), requesting that the court determine how liability limitation terms within the operative policy applied to the claims brought against him. The policy provided coverage for all medical malpractice claims asserted against the physician, subject to a liability limit of $1 million per “Medical Occurrence.”

While Dr. Patty asserted that the claims pertaining to the mother and child constituted separate “Medical Occurrences,” and were therefore subject to two separate liability limits, the insurer took the position that the claims arose from a single “Medical Occurrence” and were subject to the single liability limit of $1 million.

Before the declaratory judgment action was decided, the patients, the physician, and MPM-PPIA entered into a settlement agreement. Pursuant to the terms of the agreement, MPM-PPIA agreed that the policy covered the claims asserted by both mother and child, and the insurer conceded its indemnity obligation. The patients agreed to discharge their claims against Dr. Patty in exchange for MPM-PPIA’s agreement to pay the “maximum limit of the professional liability coverage provided.”

The agreement did not set forth this “maximum limit” but instead made the insurer’s liability contingent upon the outcome of the declaratory judgment action. Following the execution of the agreement, the mother and child became plaintiffs together with Dr. Patty, and MPM-PPIA remained the sole defendant.

Interpreting “Medical Occurrence” in the Context of Birth Injury

The trial court ultimately concluded that the claims of the mother and the child were subject to a single liability limit, as the claims arose from the same “Medical Occurrence,” and granted summary judgment in favor of MPM-PPIA.

The Missouri Court of Appeals, however, unanimously reversed the lower court’s decision and held that the trial court erred in finding that the claims against Dr. Patty were subject to only a single liability limit under the policy’s terms. In reaching its decision, the appeals court noted that “[t]he only ‘facts’ material to [the] determination [were] the language of the [p]olicy and the allegations contained in Appellants’ negligence claims.”

Our total liability for amounts paid by us for all damages because of injury arising out of any one medical occurrence to which this insurance applies, including all complaints arising during a course of treatment, will not exceed the amount shown in the declarations as “Each Medical Occurrence.”

The term “Medical Occurrence” was defined in a separate section of the operative policy as:

A. Under Coverage A – Individual Professional Liability:

(1) in the furnishing of professional medical services by the Insured [Doctor], or which should have been provided by anyone for whom the Insured is legally responsible.

Any such act or omission, together with all related acts or omissions in the furnishing of such services to any one person shall be considered one medical incident or occurrence.

In interpreting the term “Medical Occurrence,” the appeals court examined the meaning ascribed in the policy’s definitional language. Specifically, the court found the express requirement for “related acts or omissions” to stem from the delivery of medical care “to any one person” notable. The court determined that a layperson purchasing medical malpractice insurance would understand this definition of “Medical Occurrence” to mean that treatment provided to different people would constitute separate occurrences, which would be subject to separate liability limits.

The court specified that its interpretation of the policy would not create a de facto per person liability limit, citing to instances in which the negligent medical treatment of one person could give rise to multiple claims that would still be subject to the single liability limit. As an example, the per person liability limit would not apply in a loss of consortium claim brought by a husband whose wife received negligent medical care. Under such a factual scenario, both the husband’s and the wife’s claims stem from medical treatment provided to only one person. The claims arise out of the same “Medical Occurrence” and are subject to only a single liability limit.

Alternatively, in the instant case, two separate liability limits applied. The appellate court focused largely on the fact that allegations of negligence were not limited to prenatal care. In addition to alleging negligence before and during the C-section delivery, the appellants also alleged that Dr. Patty was negligent in treating the child immediately following delivery. Specifically, the child’s petition alleged that Dr. Patty committed medical malpractice when he attempted to resuscitate the child after delivery, given that neither proper equipment nor adequate staff was available.

These portions of the child’s petition were sufficient to assert that Dr. Patty was negligent post-delivery, “at a time when [the] [c]hild was indisputably a separate person from [his] [m]other.” Ultimately, the court decided that these claims constituted a distinct “Medical Occurrence” and were therefore subject to a separate liability limit under the policy. As a result, the Missouri appeals court entered judgment in favor of the appellants, requiring that the insurer pay double the $1 million-per-occurrence limit.

EDNY “Teas” It Up On Additional Insured, Finds Insurer May Withdraw Defense and Recoup Defense Costs