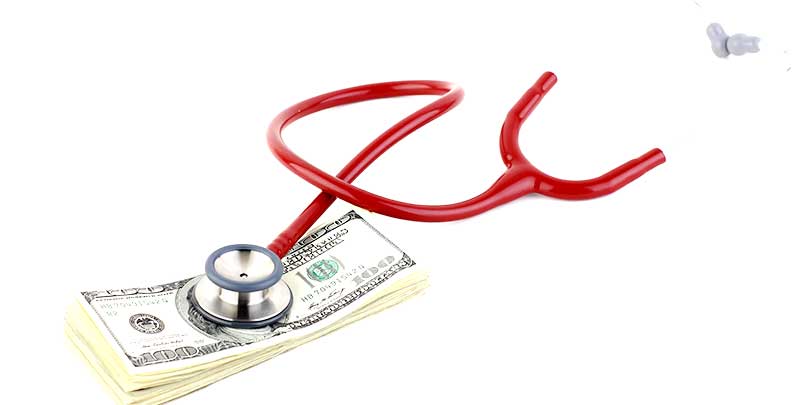 “Related Claims” provisions in directors and officers (D&O) and errors and omissions (E&O) policies, while common, can spawn disagreement as to scope and application. Beyond these substantive questions, an issue arises as to what information a court may consider in determining whether two or more claims are “related” within the meaning of a given policy. The Eleventh Circuit recently analyzed this issue in Health First, Inc. v. Capitol Specialty Insurance Corporation, No. 17-11181 (11th Cir. Aug. 22, 2018).

In Health First, the insured (Health First, Inc.), a Florida health care company, obtained D&O and E&O claims-made policies from various insurers, including Executive Risk Indemnity Inc., Executive Risk Specialty Insurance Co., Capital Specialty Insurance Corp., Darwin National Assurance Co., and Darwin Select Insurance Co. Each policy contained a “related claim” provision, which generally provided that “[a]ll Related Claims, whenever made, shall be deemed to be a single Claim and shall be deemed to have been first made’ whenever the earliest related claim was made.” “Related Claims,” in turn, were defined by the policies as:

[A]ll Claims for Wrongful Acts based on, arising out of, directly or indirectly resulting from, in consequence of, or in any way involving the same or related facts, circumstances, situations, transactions or events or the same or related series of facts, circumstances, situations, transactions or events, whether related logically, causally or in any other way.

Beginning in 1998, Health First was sued in a series of six suits by different plaintiffs alleging various forms of anticompetitive behavior. In the first two suits filed by Wuesthoff Health Systems (“Wuesthoff I” and “Wuestoff II”) in 1998 and 1999, the plaintiff alleged that Health First used its regional market dominance to coerce health insurers and physicians to stop working with Wuesthoff.

In 2005 and 2007, Wuesthoff later filed two additional suits (“Wuestoff III” and “Wuestoff IV”) alleging that Health First engaged in anticompetitive behavior because “Health First’s managed-care plans referred patients exclusively to Health First facilities,” which placed independent plans at a competitive disadvantage. The Wuesthoff III complaint further alleged that “Health First had initiated an unsuccessful regulatory challenge to Wuesthoff’s expansion into South Brevard County, and then attempted to expand its own operations into Central Brevard County, where Wuesthoff was based, in an attempt to directly target Wuesthoff.”

Following the Wuesthoff suits, Dr. Richard Hynes and his employer, the B.A.C.K. Center, filed a class action (“Hynes”) in May 2007 alleging that the insured engaged in anticompetitive behavior by “reward[ing] providers who referred patients exclusively to Health First facilities and punish[ing] providers who did not.” Finally, Omni Healthcare, the Intervention Spine Institute of Florida, and individual medical providers filed suit in September 2013 (“Omni”) alleging that Health First engaged in anticompetitive behavior by denying referrals to Omni from Health First affiliates and hospital privileges at Health First hospitals.

Health First reported all of these suits to its insurers for coverage. Executive Risk, the insurer for the 1997 and 1998 policies, accepted coverage for Wuesthoff I-IV, and Hynes, which collectively exhausted the policy limits for the 1997 and 1998 policies. The insurers, however, refused to accept the remainder of the suits for coverage under later policies because the insurers had concluded that all of the suits were related to Wuestoff I and II.

Health First then filed suit seeking declaratory relief and damages for the insurers’ failure to provide indemnification for Wuesthoff III, IV, Hynes, and OMNI cases under its later insurance policies. The insurers moved for summary judgment arguing that the complaint allegations in the six suits demonstrated that the claims asserted therein were “related” within the meaning of their respective policies. Health First, however, argued that the facts developed in the underlying suits demonstrated that the claims were not “related” within the meaning of the policies.

The district court rejected Health First’s argument and granted summary judgment in favor of the insurers. In doing so, the district court reasoned: “[c]ourts do not require a showing of the actual facts to determine whether multiple claims are related. Rather courts often focus on and compare the underlying allegations to determine if multiple claims are related under an insurance policy’s related claims provision.” After reviewing the allegations in the various lawsuits and the policies at issue, “[t]he [district] court determined that all the lawsuits described conduct from a ‘common scheme’ that Health First had undertaken ‘with the overarching goal of furthering their own success, dominating the South and Central Brevard County healthcare markets, eliminating competition, and establishing a monopoly in the healthcare service industry.’” As such, all the lawsuits were “related” to Wuesthoff I and II and thus were not covered by the later policies.

On appeal, the Eleventh Circuit affirmed both the district court’s decision to limit its inquiry to the allegations in the underlying lawsuits, as well as its conclusion that the suits were “related.”  With respect to the first issue, the court recognized that generally the duty to indemnify under Florida law is governed by the facts developed in the underlying suit against the insured.  Nevertheless, the court noted that the duty to defend — which is broader than and encompasses the duty to indemnify — is based solely on the facts as alleged in the complaint. Thus, if a duty to defend does not exist in the first instance, there can be no duty to indemnify. Based on this rationale, the Eleventh Circuit approved the district court’s reliance on the allegations of the underlying complaints to determine whether there was any set of facts alleged therein that could possibly give rise to coverage under the later policies.

Importantly, however, the Eleventh Circuit did not foreclose the court’s ability to look beyond the underlying complaints to determine claims are “related” within the meaning of any given policy. In that regard, the court stated:

Critical to our decision is that Health First has not pointed, either in the District Court or on appeal, to any extrinsic evidence showing that the allegations made in the complaints were actually unrelated. At no point in the District Court or before this Court has Health First presented any affidavits or other evidence hinting at a genuine dispute of material fact. And as pointed out at oral argument, Health First was the defendant in all the relevant actions, many of which had already settled. As a result, Health First was better positioned than any of the insurers to present evidence from those underlying cases to strengthen its position, but it chose not to do so.

Thus, if Health First had pointed to extrinsic evidence, the district court may have considered it.

As to the second issue, the Eleventh Circuit similarly agreed that the claims were related to Wuesthoff I and II. In so holding, the Eleventh Circuit noted that the definition of “related claims” in the policies was extremely broad, encompassing claims “in any way involving the same or related facts…whether related logically, causally or in any other way.” The “in any other way” language, for the court, means that “a somewhat attenuated connection” would suffice for two or more claims to be related. Viewed against this definition, the court held that the suits clearly alleged “a continuing pattern of anticompetitive behavior” by Health First, which would fall within the scope of the “related claims” provision.

There are two important takeaways from the Health First decision for insurance practitioners.  First, while the “related claims” analysis may be a fact-intensive inquiry, the allegations in the complaints are often sufficient for the analysis. If the allegations themselves show no facts under which the claims could be unrelated, then an analysis of extrinsic facts may not be necessary. Second, “related claims” provisions, if drafted broadly, can have sweeping impacts on the extent of available coverage. In Health First, the “related claims” provision operated to bar coverage for a lawsuit filed 15 years after the initial claim. As the Eleventh Circuit court explained, “[i]n the end, Health First is stuck with the policies it paid for.”

Failure to Procure Cyber Insurance Could Haunt Your Company