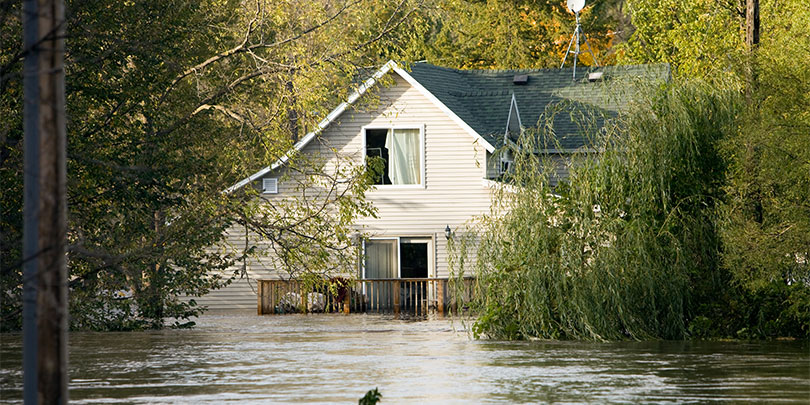 The Keys retained LSRC to make roof repairs after damage caused by a May 2011 hailstorm. After the storm, the Keys notified their insurer, and Joe Key signed a contract for a new roof with LSRC for $33,769.50 that contained the following provision:

LSRC installed the new roof and the Keys paid over their homeowners’ insurance proceeds of $18,926.69, leaving a balance of $14,842,81, which they ultimately challenged, alleging the contract was void, unconscionable, and unenforceable. Specifically, they asserted that the Acceptance and Agreement provision of the roofing contract violated Texas Insurance Code section 4102.051’s prohibition against a corporation acting or holding itself out as a public insurance adjuster in the absence of a license, and that the contract was therefore illegal.

The Keys brought suit, seeking a declaration that the agreement with LSRC was unenforceable and that they and a similarly situated class are “entitled to a judgment restoring all monies paid to LSRC under the illegal contract” pursuant to the statutory remedy provided under the insurance code.

The trial court certified the class, and LSRC sought interlocutory review of the order. The Texas Court of Appeals affirmed (reversing only on one of the Keys’ debt collection practices claims, which had also been certified). The Appellate Court discussed at length the relevant insurance code provisions, noting that “Chapter 4102 is a comprehensive licensing statute regulating public insurance adjusters” and that “[a]ccording to an amicus brief tendered in this case by the National Association of Public Insurance Adjusters and the Texas Association of Insurance Adjusters, forty-five states plus the District of Columbia have enacted such statutes.” The provisions themselves, the Court pointed out, provide that “[a] person may not act as a public insurance adjuster in this state or hold himself or herself out to be a public insurance adjuster in this state unless the person holds a license. . . .” The Act defines “public insurance adjuster” as “a person who, for direct, indirect, or any other compensation … acts on behalf of an insured in negotiating for or effecting the settlement of a claim or claims” and “also includes advertising, soliciting business, and holding oneself out to the public as an adjuster of claims.” As the Court noted:

The statute also provides that any contract for services that is entered into by an insured with a person in violation of the chapter’s licensing requirements “may be voided at the option of the insured, and if a contract is so voided, “the insured is not liable for the payment of any past services rendered, or future services to be rendered, by the violating person under that contract or otherwise.” (citation omitted).

The case will now proceed to full-blown discovery and trial as a class action against the roofer. Here, at least based on publicly available information, the plaintiffs’ insurer has been spared litigation, as it was (hopefully) clear in its policy language and handling of the claim as to the amounts it would pay to replace or restore the damaged roof. However, given the interest of national and local public insurance adjuster associations as amici, the issue is important and serves as a cautionary tale. Moreover, any result that leaves a homeowner with substantial debt after an insured event should raise a red flag for insurers, who could face exposure as policyholder counsel look for creative opportunities to try to find coverage for the shortfall..

The case also counsels as a timely reminder for policyholders and insurers alike – as Texas and other Gulf states are suffering catastrophic flooding — to check the licensure status of any public adjuster with whom they may be working, as the consequences of unlicensed work, particularly where it involves a statutorily defined conflict of interest, can be substantial.