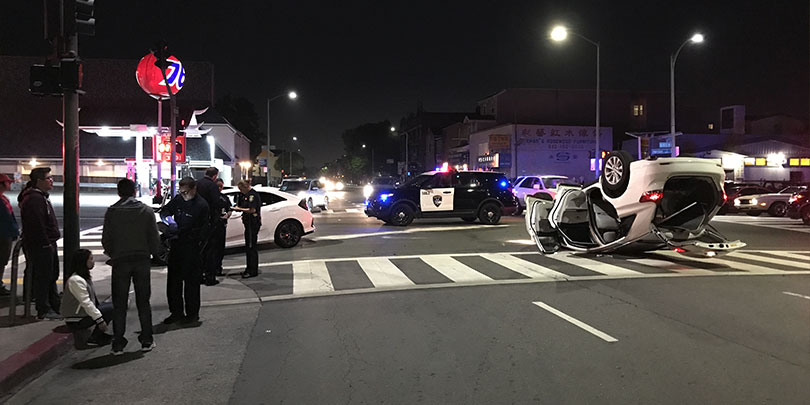 Insurers looking to remove declaratory judgment actions to courts in the Third Circuit were recently given some clarity — and, for one defendant insurer, a welcome reversal. On August 21, the U.S. Court of Appeals for the Third Circuit held that the Eastern District of Pennsylvania abused its discretion by applying an overly broad definition of what constitutes a “parallel proceeding” in determining whether to abstain from hearing an action under the Declaratory Judgment Act (DJA). See Kelly, et al. v. Maxum Specialty Ins. Group, et al., No. 2:14-cv-07149 (3d Cir. Aug. 21, 2017). To “correct the error propagating among some of the district courts in this circuit,” the Third Circuit declared that “the mere potential or possibility that two proceedings will resolve related claims between the same parties is not sufficient to make those proceedings parallel; rather, there must be a substantial similarity in issues and parties between contemporaneously pending proceedings.”

The two suits at issue arose from a 2007 car accident in which Ronald Kelly was struck by a drunk driver. The driver had been drinking at a bar called Princeton Tavern, which was insured under a dram shop policy issued by State National Insurance Company (“State National”). That policy was procured by Princeton Tavern’s broker, Carman Corporation (“Carman”).

Following the denial, the Kellys, having been assigned the right to do so by Princeton Tavern, sued Carman in state court for negligence in failing to give notice to State National (the “Tort Action”). While the Tort Action was pending, the Kellys filed a separate state action against Carman and its professional liability insurer, Maxum Specialty Insurance Group (“Maxum”), seeking a declaration that Maxum had a duty to defend and indemnify Carman in the Tort Action (the “Declaratory Action”).

When Maxum removed the Declaratory Action to federal court, the Kellys asked the district court to exercise its discretion under the DJA to decline jurisdiction and remand the case to state court. The district court obliged, finding that the tort action and the declaratory action were “parallel proceedings” because both “directly implicated Maxum’s obligations to defend and indemnify [Carman]” and “the question of coverage … will necessarily arise in the [tort action] before it is completed.” Maxum appealed.

The key issue before the Third Circuit was the extent of the district court’s discretion under the DJA to decline jurisdiction over a declaratory judgment action when a related state action is pending. The court’s opinion focused primarily on the determination of when such actions are “parallel proceedings,” the presence of which “militates significantly in favor of declining jurisdiction.”

At the outset, the court noted that the district court, like many others in the Third Circuit, ruled that a state court action generally “parallels” a federal action when there is a “potential” that the federal claims will be decided in state court. By this decision, the Third Circuit formally rejected this approach, stating that, “[a]lthough the existence or non-existence of parallel proceedings is only one of many factors a court must consider, it is a significant factor, and we must correct the error propagating among some of the district courts in this circuit.” The court declared that

[T]he mere potential or possibility that two proceedings will resolve related claims between the same parties is not sufficient to make those proceedings parallel; rather, there must be a substantial similarity in issues and parties between contemporaneously pending proceedings.

Citing decisions by other circuit courts of appeal, the court explained that “substantial similarity” exists when “the parties involved are closely related and … the resolution of an issue in one [which] will necessarily settle the matter in the other.” Elaborating, the court held that “[s]trict identity between parties and claims is not necessary for pending proceedings to be substantially similar,” but that it will be a significant factor. Other relevant factors include “the scope of the state court proceeding, the claims and defenses asserted, and whether necessary parties had been or could be joined.” In so holding, the court was influenced by standards it has used in other abstention contexts. For instance, in Ryan v. Johnson, 115 F.3d 193, 196 (3d Cir. 1997), the Third Circuit held that cases are “parallel” when they are “truly duplicative,” meaning the parties and claims are “identical,” or at least “effectively the same.”

The Third Circuit court found that the two proceedings at issue were clearly not parallel because, among other reasons: (1) Maxum is not a party to the tort action; and (2) the questions of whether Maxum’s policy covers Carman for its potential liability in the tort action, and whether Carman is in fact liable to the Kellys, are entirely distinct.

Indeed, the court acknowledged that the facts in Kelly are hardly unique. Citing cases from the Third, Fourth, Eighth and Sixth Circuits, the court highlighted that courts frequently find that coverage issues raised in federal declaratory judgment actions are distinct from the liability issues presented in concurrent state negligence proceedings. Accordingly, the court found no reason for the district court to abstain from hearing the declaratory action.

But irrespective of the outcome of the initial parallel proceedings analysis, the court stressed that a district court must still “rigorously” assure itself that the presence or absence of a parallel proceeding is not outweighed by opposing factors. Thus, before deciding whether to exercise or decline jurisdiction, the Third Circuit directed district courts to consider at least eight additional factors, including: (1) the likelihood that a federal court declaration will resolve the uncertainty of obligation giving rise to the controversy; (2) convenience of the parties; (3) public interest in settling the uncertainty of obligation; (4) availability and convenience of other remedies; (5) general policy of restraint when the same issues are pending in state court; (6) avoidance of duplicative litigation; (7) prevention of the use of the declaratory judgment action as a means of “procedural fencing,” or as a means to provide another forum in a race for res judicata; and (8) in the insurance context, an inherent conflict of interest between an insurer’s duty to defend in a state court action and its attempt to characterize that suit in federal court as being excluded by the subject policy. See Reifer v. Westport Ins. Corp., 751 F.3d 129, 134 n. 4 (3d Cir. 2014) (the “Reifer factors”).

Here, the district court held that four of the Reifer factors weighed against exercising jurisdiction, while four were neutral. According to the Third Circuit, this decision was an abuse of discretion.

Having determined that the two actions here were in fact not parallel — significantly favoring the exercise of jurisdiction — the Third Circuit held that none of the Reifer factors weighed in favor of declining jurisdiction over the declaratory action. As such, the court reversed and remanded for confirmation that the parties to the declaratory action have complete diversity of citizenship.

This decision is no doubt welcome to insurers, who often find the deck is less stacked against them in federal court than in some state courts. Having found that the “potentiality” standard is overbroad, the Third Circuit’s new “substantial similarity” test may have made it significantly more difficult for plaintiffs to remand declaratory judgment actions to state court.