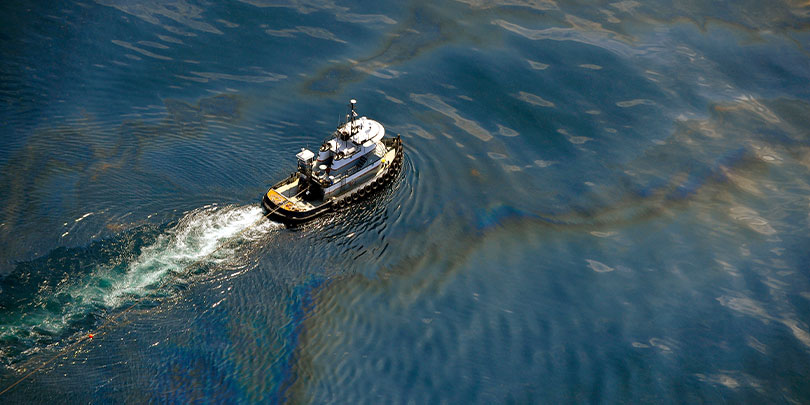 The Southern District of Texas held that New York Marine and General Insurance Co. had no duty to defend its insured under a legal professional malpractice insurance policy for claims stemming from the firm’s efforts to develop business in the wake of the Deepwater Horizon disaster.

In the underlying litigation (the Nguyen litigation), a group of 439 Vietnamese Americans brought claims against the law firm, alleging that the firm targeted Vietnamese American fishermen and seamen as part of a scheme to capitalize on the “litigation frenzy” that ensued from the BP oil catastrophe in the Gulf of Mexico. The law firm purportedly paid runners “several million dollars” to solicit clients for actions against BP, ultimately yielding a list containing the names, Social Security numbers, and dates of birth of approximately 44,500 Vietnamese Americans. However, the runners had allegedly not signed up actual “clients” but rather had procured a list of names that could potentially be converted into clients. Although the law firm was allegedly aware of this distinction, the law firm nevertheless proceeded to file more than 40,000 direct short form claims, without the purported clients’ knowledge or consent, seeking approximately $2 billion in the BP Deepwater Horizon multidistrict litigation, and later stated under penalty of perjury that the clients had signed engagement agreements.

The law firm tendered its defense to New York Marine, which denied coverage and refused to provide a defense. New York Marine subsequently filed an action in the Southern District of Texas seeking a declaration that it had no duty to defend the law firm in the Nguyen litigation. On cross-motions for summary judgment, the court granted summary judgment to New York Marine, holding that the plaintiffs’ complaint did not allege an “act, error, omission or Personal Injury resulting from the rendering of or failure to render Professional Services,” as defined by the policy, and therefore did not constitute a “claim” under the policy. The policy defined “professional services” as “services performed, or advice given by the Insured in the Named Insured’s practice as a law firm or legal professional.” The law firm argued that two allegations made by the Nguyen plaintiffs fell within the definition of professional services: (1) the solicitation of the purported “clients”; and (2) the filing of the presentment forms in the BP Deepwater Horizon litigation on behalf of the purported clients.

With regard to the filing of the unauthorized presentment forms, the court noted that the policy’s coverage agreement provided insurance for the rendering of professional services for others. The court held that it could not reasonably conclude that the filing of unauthorized forms or claims for third parties without their knowledge or any preexisting relationship constituted the rendering of a professional service for others, or that such acts could be considered “services performed or advice given … as a law firm or a legal professional.” The court also highlighted the fact that the Nguyen litigation made no complaint about the rendition of any legal service to them but rather complained of acts that the law firm had taken in the complete absence of authority to act and further alleged that the firm had done so “in order to obtain the economic benefit of attorney’s fees” for itself.

The court explained that interpreting an attorney’s “professional services for others” to include unauthorized claims that are filed without the others’ knowledge or consent “would result in an absurdity.” Instead, the court construed the term “professional services” to include “only services or activities for which an Insured has some level of express or implied authority to provide to and on behalf of others.” Because the law firm did not have such authority, it was not engaged in the rendering of professional services, and therefore no claim was made so as to trigger a duty to defend under the New York Marine legal malpractice policy issued to the firm.

Ninth Circuit Finds Refusal to Accept a Demand, Without More, Is Not a “Claim” Under Policy

PSA: Second Circuit Issues Reminder of the Consequences for Lack of Specificity in Disclaimers of Coverage for Personal Injury Claims Under New York Law