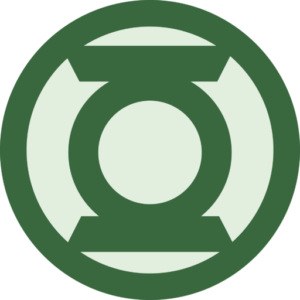 In California, where a primary insurer is found to have unreasonably failed to settle within its policy limits, and a judgment is later entered against their insured in excess of those limits, the primary carrier can be liable to the insured for breach of an implied duty of good faith and fair dealing.  And, where the insured’s excess carrier becomes liable for damages that exceed the limits of the primary policy as a result, that carrier may pursue an equitable subrogation claim against the primary.

What was less clear – at least until recently – is whether California courts would allow the excess carrier to pursue such a claim in the absence of a judgment.  In a recent decision, an intermediate appellate court in California answered this question, yes.  ACE American Insurance Co. v. Fireman’s Fund Insurance Co., No. B264861 (Cal. App. 2d Aug. 5, 2016).

Id. at 26.  This is consistent with the general trend we’ve discussed in previous blog posts (for example, here) of courts’ increasing willingness to recognize the right of an excess carrier to assert failure to settle claims against primary carriers, even in the absence of an excess judgment.

The dispute underlying Fireman’s Fund arose when John Franco, a film industry worker, was seriously injured during the filming of a special effects sequence in the 2011 movie, Green Lantern.  Fireman’s Fund defended Warner Brothers in the resulting suit by Mr. Franco and his wife and, in the course of that defense, declined several settlement offers made by the Francos that were within the Fireman’s Fund policies’ limits.  Months later, the parties settled the case for a substantially higher sum in excess of those limits.  Warner Brothers also maintained an excess policy with ACE, and the settlement involved payments by both carriers.

ACE then filed suit against Fireman’s Fund for equitable subrogation and breach of the covenant of good faith and fair dealing, claiming that Fireman’s Fund wrongfully failed to settle the Francos’ suit within the limits of the Fireman’s Fund policies.  Fireman’s Fund sought dismissal of the suit, arguing that ACE could not pursue an equitable subrogation claim because the underlying suit was resolved by settlement rather than a judgment against the insured.  The lower court agreed, and, relying upon a line of California cases which found that an “insured’s right to recover from the primary insurer hinges upon ‘a judgment in excess of policy limits,” granted Fireman’s Fund’s demurrer.  RLI Insurance Company v. CNA Casualty of California, 141 Cal. App. 4th 75 (2006).

Recognizing a split in California authority, the Court of Appeals disagreed and reversed, applying Fortman v. Safeco Insurance Co., 221 Cal. App. 3d 1394 (1990), in which a different division of the district held that “an equitable subrogation action could proceed against a primary insurer that initially breached its duty to settle a case within policy limits, resulting in a settlement that exceeded policy limits.”  Fireman’s Fund, No. B264861 at p. 7 (citing Fortman).

After a detailed discussion of Fortman, RLI, and the cases that followed and were cited by each, the Court concluded that the concerns underpinning RLI – i.e., that a settlement would not adequately establish damages – did not apply where:  (a) the insured – or, as in Fireman’s Fund, the excess insurer as the insured’s subrogee – had suffered actual damages (here, by paying the settlement), and (b) the primary insurer had participated in the settlement.

The “two required elements for equitable subrogation are that the insurer has suffered damages caused by the defendant’s act or omission , and ‘the insurer’s damages are in a liquidated sum, generally the amount paid to the insured’ … A judgment may constitute reliable evidence … [b]ut it does not follow that a judgment is the only manner by which an insured or subrogee may prove damages resulting from an unreasonable failure to settle within policy limits.”  Id. (internal citations omitted).

In a recent decision, the Ninth Circuit also considered the conflict between Fortman and RLI and “concluded that ‘the rule announced in Fortman is more likely to be adopted by the California Supreme Court because it more faithfully applies California insurance law.’”  Id. at 24 (quoting RSUI Indem. Co. v. Discover P & C Ins. Co., 2016 WL 1745119 at *2 (9th Cir. May 3, 2016).