You are here: Home / Additional Insured / Conflict Resolution: Illinois Appellate Court Finds No Conflict in Defending Two Insureds, and No Duty of Primary to Excess Insurer to Settle Case 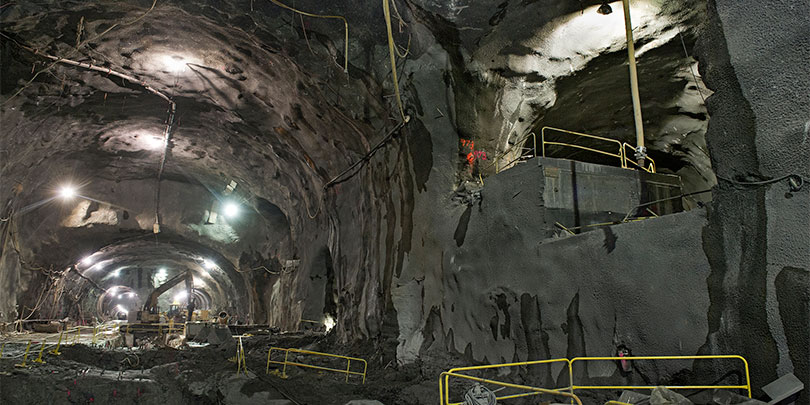 When an insurer defends its insured under a liability policy, the insurer has a duty to act in good faith to the insured in responding to settlement offers. In Illinois Emcasco Insurance Co. v. Nationwide Mutual Insurance Co., No. 1-14-0928 (Ill. Ct. App. Aug. 3, 2015), the Illinois Court of Appeals determined that, where a primary insurer and excess insurer provide coverage to a common insured, the primary does not owe the same duty to the excess – at least where the primary does not control the underlying defense.

In addition, the court held that a conflict of interest does not exist where an insurer defends both a named insured and an additional insured, even where the insurer may have a financial incentive to shift liability from its insured to the additional insured.

Emcasco appointed separate counsel to represent Triumph and Midwestern. In addition, separate claims handlers were assigned, although both were supervised by the same manager. Emcasco maintained separate files for the two insureds, but the files were “initially kept adjacent to one another and had the same claim number” for a period of time. In addition, though the claims handlers and supervisors never discussed liability or confidential information, they did discuss potential damages in the underlying case on three different occasions.

During the course of the underlying litigation, Emcasco attempted to obtain information from Nationwide. Nationwide, however, “was generally either not responsive to Emcasco’s requests or was not actively managing Triumph’s file at the Nationwide office.” Specifically, Nationwide ignored the requests of Triumph’s Emcasco-appointed attorney for a copy of Nationwide’s insurance policy. Eventually, the Emcasco claims supervisor decided to stop requesting information from Nationwide, and made a note that Triumph’s claim handler “will talk to coverage counsel to discuss the timing on putting the hammer to Nationwide.”

Nationwide eventually became concerned that Emcasco had a conflict of interest in managing the defenses of Triumph and Midwestern, because, due to the fact that Emcasco would be solely liable for Midwestern’s losses but would share liability with Nationwide for Triumph’s, Emcasco had a financial incentive to shift liability from Midwestern to Triumph. Nationwide’s counsel wrote a letter to Triumph’s Emcasco-appointed counsel explaining this issue, and demanding that Emcasco either waive its reservation of rights, or relinquish control of Triumph’s defense to independent counsel of Triumph’s choice. In response, Emcasco withdrew the reservation.

Prior to trial, the injured construction worker offered to settle the case for $1.9 million. Emcasco offered its $1 million primary limit and requested that Nationwide cover the remaining $900,000. However, Nationwide offered only $250,000, and the deal failed. The jury returned a $7.2 million verdict in favor of the worker, apportioning 95 percent liability to Triumph and 5 percent to Midwestern. Emcasco paid Midwestern’s share of the damages and sued Nationwide to partially recover the remaining judgment against Triumph.

The Insurers Litigate the Conflict and Duty to Settle Issues

Following over a decade of litigation between Nationwide and Emcasco, the lower court held a bench trial. In March 2013, the trial court rejected Nationwide’s arguments that Emcasco breached its duty to defend Triumph because it had a conflict of interest. In addition, the trial court ordered Nationwide to pay Emcasco nearly $1.6 million for breaching its duty to settle the underlying action by refusing to contribute $900,000 to the proposed settlement.

The Appellate Court Finds No Conflict

On the issue of the conflict, the court concluded that, as a factual matter, the finding of no conflict was “not against the manifest weight of the evidence” (the standard of review for findings of fact) based on trial testimony regarding the separate claim handlers, and the fact that the Triumph and Midwestern lawyers’ “credibly denied” both a scheme to shift liability from Midwestern to Triumph and that Emcasco directed the defense of both insureds.

Regarding whether a conflict nonetheless existed as a matter of law, the court held:

As a matter of law, the situation at hand is not a conflict of interest. Nationwide has not supplied, nor has our own research uncovered, a case that stands for the proposition that a defending insurer is necessarily conflicted if the insurer shares the costs of judgment against the additional insured but not the named insured.

The court went on to contrast this case with situations where a conflict exists because two insureds have opposing defense strategies, stating:

Although one could argue that shifting liability to the other insured would have been an equally good defense strategy for Triumph and Midwestern, and would certainly have constituted opposing defense strategies between the two, the court appeared to view this as a conflict between the insurers, not the insureds, and thus not a basis for finding a conflict of interest.

No Duty to Settle by Primary to Excess Insurer

Regarding the existence of a duty to settle between a primary and excess insurer, the court addressed two Illinois appellate cases that had previously reached different conclusions on the issue. In Schal Bovis, Inc. v. Casualty Insurance Co., 314 Ill. App. 3d 562 (1999), the appellate court found that a duty to settle ran from a primary to an excess insurer. However, three years later, the appellate court in U.S. Fire Insurance Co. v. Zurich Insurance Co., 329 Ill. App. 3d 987, 1003 (2002) found that Illinois does not impose such a duty, and limited Schal Bovis’ conclusion by characterizing it not as a holding, but rather as dicta containing a mere “predict[ion] that Illinois would recognize” such a duty.

Thus, following U.S. Fire, the court concluded that no such rule existed previously under Illinois law. In declining to create such a rule in this case, the court addressed the guidelines governing the duty to settle between the insurer and the insured: i.e., that such a duty only applies if the insurer exerts “exclusive control” over the defense and settlement of the underlying case (citing Haddick v. Valor, 198 Ill. 2d 409 (2001)). The court held:

Assuming Haddick requirements—control and reasonable probability of settlement in excess of the policy limit—apply even outside a contractual relationship as between two insurers, it seems unlikely that Nationwide controlled the defense and settlement negotiations for purposes of finding a duty to settle if its approval of settlement was required but no other element of control over the defense of Orange was apparent. Nationwide was not involved in the Orange discovery: it did not even respond to Emcasco’s requests for its insurance policy. Nationwide did not, for example, suggest a litigation strategy, proffer witnesses to testify on its insured’s behalf, nor did it send a representative to trial. In fact, the record does not reveal that Nationwide exerted any influence over the Orange defense at all. The only element of control Nationwide exerted was to decide not to offer $900,000 to satisfy the Orange plaintiff’s settlement demand.

The court did caution that it “by no means condones Nationwide’s conduct of ignoring requests for its policy and not actively managing its insured’s liability” in the underlying case.” However, the court did not order any particular relief based on this warning.

Ultimately, the court concluded that Nationwide’s primary policy must pay out after Emcasco’s primary limits were exhausted, and that the remaining amount must then be divided between the two insurers’ excess policies, with Nationwide paying about $3.1 million and Emcasco approximately $1 million.