You are here: Home / Damage/Loss / Down in the Dumps: Court Refuses to Apply Pollution Exclusion in Landfill Seepage Case 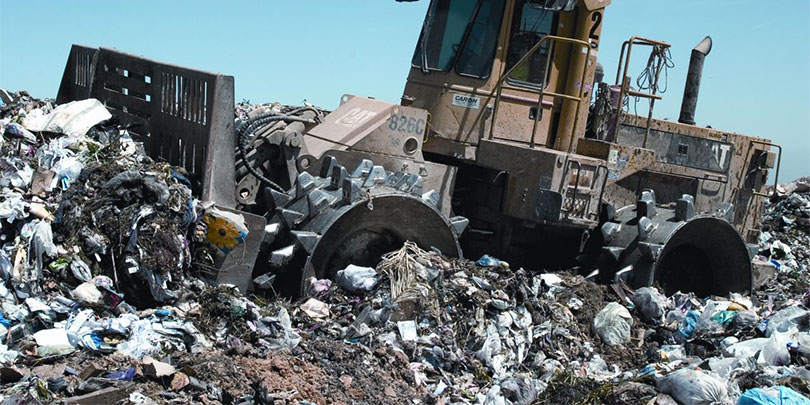 Claims involving potential coverage for pollution liability pose unique challenges for insurers. In many cases, the polluting activity occurred decades ago and over a large span of time, with only a fraction of the activity occurring during the policy period. As a result, an issue in pollution liability cases is whether an insurer is obligated to indemnify an insured for the entire amount of damages resulting from pollution, or whether an insurer’s obligation may be limited by a pro-rata allocation of damages determined by the relative amount of the time the insurer was on the risk.

Another issue that often comes up is whether damages caused by discharge of pollution was “expected or intended” from the standpoint of an insured, as policies often exclude coverage for such damages. Although in many instances, resolution of that question is relatively straight forward, in other circumstances whether an insured could have expected or intended damages caused by the discharge of pollutants is rather murky.

In Decker Manufacturing Corporation v. The Travelers Indemnity Company, the United States District Court for the Western District of Michigan dealt with these issues in an extensive opinion dated February 3, 2015. In that case, the insured, Decker, disposed of waste materials at a municipal landfill operated by the city of Albion from 1966 to 1981. Travelers insured Decker under a CGL policy from 1973 to 1977 that provided coverage for damages because of bodily injury or property damage, caused by an occurrence. The seepage from the landfill polluted nearby groundwater, the landfill was subsequently named a Superfund site, and Decker became a defendant in EPA litigation against the city of Albion. After Decker notified Travelers of the litigation, Travelers disclaimed the duty to defend and indemnify the insured. Decker eventually settled with the EPA, and thereafter brought suit against Travelers, alleging that it had owed a duty to defend and indemnify.

Travelers maintained that there was no coverage under an exclusion in the policy precluding coverage when the property damage arose out of a discharge of pollution that was “either expected or intended from the standpoint of any insured . . . .”  Because Decker had intentionally disposed of pollutants into the landfill, Travelers argued, the pollution exclusion barred coverage. Decker, however, contended that the exclusion did not apply because it had disposed of the waste materials in what it believed, at the time, was a secure location.

The court observed that the landfill itself was less than ideal. It permitted waste to be in direct contact with the water table or within a few feet of it. It was not designed to prevent the migration of waste to soil or to ground water. It was poorly located, was not engineered, and was built on soil that was inherently permeable. Moreover, the landfill did not conform to the “state of knowledge” in the scientific and engineering communities at the time it began operations. It was not disputed that at the time it opened, it was known that the landfill as built would likely cause contamination in nearby surface and ground waters.

Nevertheless, the landfill as it was built was similar to other landfills constructed in the same time period, and at all relevant times it was licensed and approved by the State of Michigan. Further, there was no evidence that Decker was ever aware of any environmental problems with the landfill.

Despite the uncontroverted evidence that when it came to preventing contamination the landfill was known to be no better than its contents at the time it was constructed, the court held that the standard applied to landfills under Michigan law was not “state of knowledge,” but rather “state of the art” or “then-contemporary standards.” Because the landfill comported with then-contemporary standards, was licensed and approved by the State of Michigan, and Decker was never aware of any environmental issues, the court ultimately determined that the pollution exclusion did not apply, and Travelers had an obligation to defend and indemnify Decker.