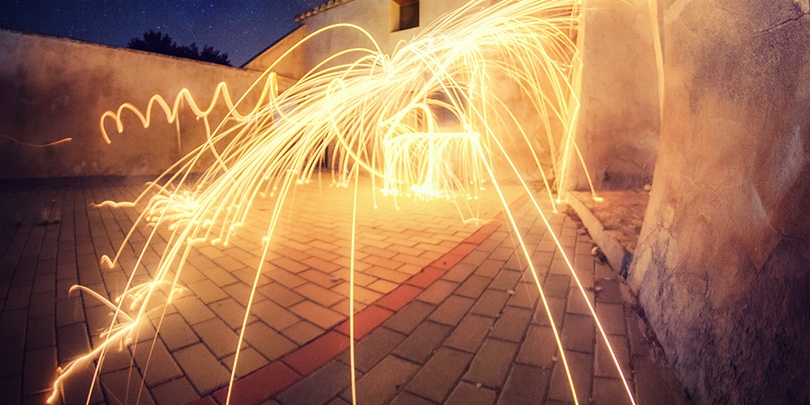 When an injured employee sues a third party for negligence, the law usually permits her employer’s workers compensation insurer to share in the recovery. Last month, in DiCarlo v. Suffolk Construction Co., Nos. SJC-11854 and SJC-11853 (Mass. Feb. 12, 2016),   the Supreme Judicial Court of Massachusetts found that this right does not apply to any portion of a settlement designated as compensation for “pain and suffering.” The decision turns on a highly questionable analysis of the language of the relevant statute.  Although the court expressed confidence that employees will be unable to “stack the deck” of future settlements, insurers might not share that optimism.

In October 2004, Robert DiCarlo sustained on-the-job injuries while working as an electrician at a construction site. He filed a workers compensation claim, and his employer’s insurer ultimately paid $280,000 for medical expenses and lost wages.

Separately, Mr. DiCarlo brought a civil suit against the owner of the construction site and the contractor managing the site. In that suit, he claimed damages for his economic loss, and he also sought to recover for his pain and suffering—for which his employer was not liable under the Massachusetts workers compensation statute. Mr. DiCarlo settled the suit for $100,000, of which 35% was designated as compensation for pain and suffering.

Bernard Martin, another electrician, was injured on a construction site in August 2010. His employer’s insurer paid him $566,000 for medical expenses and lost wages. He then sued the construction site’s general contractor, together with a subcontractor at the site. That case settled for $1 million, of which 30% was allocated to pain and suffering

The tort actions brought by Messrs. DiCarlo and Martin were authorized by Mass. General Laws ch. 152, § 15, which provides, in part:

Where the injury for which compensation is payable was caused under circumstances creating a legal liability in some person other than the insured [employer] to pay damages in respect thereof, the employee shall be entitled, without election, to the compensation and other benefits provided under this chapter. Either the employee or insurer may proceed to enforce the liability of such person … . The sum recovered shall be for the benefit of the [employer’s workers compensation] insurer, unless such sum is greater than that paid by it to the employee, in which event the excess shall be retained by or paid to the employee. For the purposes of this section, ”excess” shall mean the amount by which the gross sum received in payment for the injury exceeds the compensation paid under this chapter. …

The same statute further provides that settlement of actions of this kind are subject to court approval, which may not be granted without giving the insurer an opportunity to be heard:

“Except in the case of settlement by agreement by the parties to, and during a trial of, such an action at law, no settlement by agreement shall be made with [a non-employer defendant] without the approval of either the board, the reviewing board, or the court in which the action has been commenced after a hearing in which both the employee and the insurer have had an opportunity to be heard. At such hearing the court shall inquire and make a finding … on the merits of the settlement, … and on the amount, if any, to which the insurer is entitled out of such settlement by way of reimbursement …

The Massachusetts Appeals Court consolidated the cases and decided that amounts paid for pain and suffering were “excess” payments—not recoverable by an insurer—within the meaning of the statute. The Supreme Judicial Court then granted the insurer’s petition for review.

Under the statute quoted above, payment recovered in an employee’s third-party tort action “shall be for the benefit of the insurer,” except to the extent it constitutes “excess.” The statute defines “excess” as “the amount by which the gross sum received in payment for the injury exceeds the compensation paid under” the workers compensation law.

The insurer, on the other hand, argued that “injury” means “the personal injury sustained by the employee as a result of the work-related accident.” Under that reading, payment for pain and suffering would still constitute “payment for the injury,” within the meaning of the statute.

The court sided with the employees, on the following ground:

“[The insurer’s] interpretation … would require the word ‘injury’ to take on two different meaning within § 15.  In the section’s opening phrase, ‘injury’ is used narrowly to refer to ‘the injury for which [workers’] compensation is payable.’ The insurer proposes that, three sentences later, where the provision speaks of the ‘gross sum received in payment for the injury,’ the word ‘injury’ be read expansively to refer to all harms suffered by the worker, including those not covered by workers’ compensation. We cannot indorse this construction, which ‘would require us to attribute different meanings to the same words in the same paragraph.’

The sentence in question states:

Where the injury for which compensation is payable was caused under circumstances creating a legal liability in some person other than the insured [employer] to pay damages …, the employee shall [still] be entitled … to the compensation … provided under this chapter.

In other words, if an employee suffers an “injury,” if that injury makes the employee eligible for compensation under the workers compensation law, and if the injury also creates liability on the part of someone other than the employer, then the employee may pursue that third party without forfeiting her statutory benefits.  If “injury” is understood to mean nothing more specific than a physical mishap (or, as the insurer suggested, “the personal injury sustained by the employee as a result of the work-related accident”), the sentence is still perfectly intelligible.

“none of the statutes at issue … limits both the meaning of ‘injury’ to ‘injury for which compensation is payable’ and the insurer’s lien to ‘payment for the injury.”

As just noted, however, the Massachusetts statute does not “limit[] … the meaning of ‘injury’”; it uses the phrase “for which compensation is payable” to limit the type of “injury” for which an employee may retain statutory benefits, “without election,” while also suing a third party. Thus, the court’s treatment of persuasive authority is open to the same criticism as its textual analysis.

The court also cited its own, 36-year-old opinion in Eisner v. Hertz Corp., 381 Mass. 127 (1980). In Eisner, the insurer sought to apply its lien to payments received by the employee’s wife—one on a wrongful death claim, the other for loss of consortium. The court held that the lien applied to the first payment, because the insurer had paid a death benefit under the workers compensation statute, but it did not apply to the second—because loss of consortium is not an injury “for which [workers] compensation is payable,” within the meaning of § 15.

The Eisner court concluded that “Section 15 does not require reimbursement for an injury not compensable under [the workers compensation statute].” But that conclusion did not limit the definition of “injury” in the manner that was adopted in DiCarlo.  Section 15 authorizes lawsuits in cases in which “[workers] compensation is payable” for an injury, and the injury “was caused under circumstances creating a legal liability in some person” other than the employer. Even if the statute had expressly defined “injury” to mean “the personal injury sustained by the employee,” the result in Eisner would have been the same.

The Supreme Judicial Court also based its decision on language that appears later in § 15:

At such hearing [to approve a settlement] the court shall inquire and make a finding … on the merits of the settlement, … and on the amount, if any, to which the insurer is entitled out of such settlement by way of reimbursement …

Because “a statute must be construed so that … no part will be inoperative or superfluous,” the court, focusing on the words “if any,” inferred that there must be some cases in which the insurer would not be entitled to any part of a settlement.  It went on:

“Our holding makes this possible, allowing the words to account for the rare instance where an award is allocated entirely to pain and suffering, resulting in its complete exemption from the insurer’s lien.

The insurer argued that “if any” could account for a different scenario:

“An insurer … would be entitled to no recovery where the employee is more than 50% negligent and cannot recover against the tortfeasor. The employee’s spouse and children, however, could still recover for loss of consortium and loss of parental society. In that circumstance, the entire recovery would go to the family members.

The court rejected that argument, on the ground that the “if any” language was added in 1939, at a time before actions for loss of consortium were recognized under Massachusetts law.

DiCarlo limits insurers’ statutory right to recover third-party settlements. It also gives employees an incentive to settle claims for less than the total amount they might expect to recover, so long as the settlement provides generous compensation for pain and suffering.  And it potentially gives parties a device for cutting insurers out of tort settlements entirely.

This Supreme Judicial Court was not particularly impressed by these facts:

“[T]his result will not deprive an insurer of its reimbursement rights where an employee and a third-party defendant reach a settlement that would ‘stack the deck’ against the insurer by inappropriately allocating the bulk of damages to pain and suffering. Section 15 precludes such a result by requiring that all settlements be approved … . Moreover, a settlement amount allocated entirely or in large part to pain and suffering will ‘be eyed by the court with a healthy dose of skepticism.’

Even if Massachusetts courts turn out to be as vigilant as DiCarlo predicts, however, insurers might still suffer. For example: what if an employee, having been paid in full by a workers compensation insurer for medical expenses and lost wages, purports to bring a negligence suit that seeks damages exclusively for pain and suffering? May a “skeptical” court allocate any part of the recovery to the insurer?

Whatever the answer, Massachusetts workers compensation insurers now have greater incentive to avail themselves of their own statutory right to bring actions against tortfeasors under § 15.

In Examinations Under Oath, Friends Must Let Friends Testify Alone