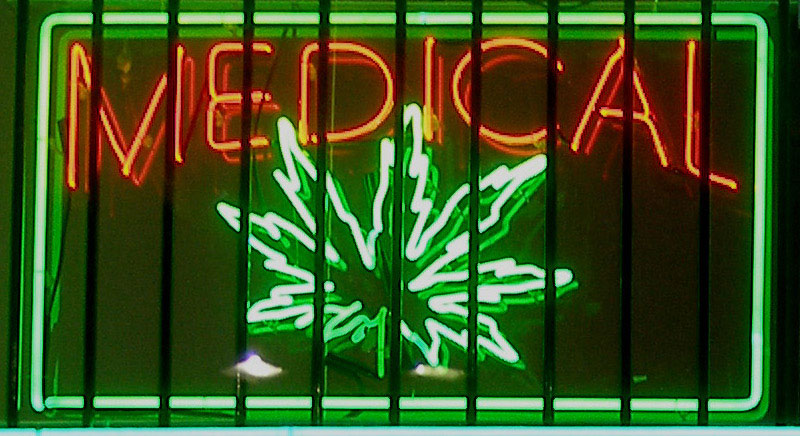 Marijuana is becoming big business as its growth rate zooms past even the astronomical dotcom industry growth rate of the 1990s. The industry had nearly $7 billion in 2016 revenue (a 30 percent increase over 2015), and an eye-popping $20 billion in annual revenue is projected by 2021. Since the 2016 elections, 28 states plus D.C., Puerto Rico, and Guam, have legalized marijuana in some form — of these, eight states plus D.C. have legalized its recreational use.

But, in the land of steady habits, a.k.a. property-casualty company boardrooms, many are still reluctant to enter the market — with good reason. Marijuana remains a Schedule I prohibited substance under the federal Controlled Substances Act, alongside heroin and other dangerous substances. This reflects the view, at least at the federal level and according to FDA standards, that marijuana has no demonstrated medical benefit. And the new U.S. Attorney General is on the record as opposing legalization in any form.

As we reported a year ago, one P&C carrier was brave enough to not only enter the market, but to also challenge coverage in federal court. To its surprise, the carrier learned that marijuana is, in fact, insurable.

But property-casualty companies, caught up in a federalist turf war they did not seek, may no longer have a choice as to whether to enter the market. And the long-absent research on marijuana’s medical benefits may bubble up in, of all places, workers’ compensation litigation.

This saga begins with Gonzalez v. Raich, 125 S.Ct. 2195 (2005), a 5-4 decision that held the federal Controlled Substances Act (CSA) conflicted directly with California’s medical marijuana laws, and as such prevailed under the U.S. Constitution’s Supremacy Clause. The government had a legitimate interest in regulating controlled substances under the Commerce Clause. Since Raich, however, the federal government under the Obama Administration announced in the Cole Memo that the Department of Justice would effectively stop enforcing the CSA against patients/providers acting pursuant to state medical marijuana laws.

The story picks up in New Mexico, where an automotive employee injured on the job obtained a medical marijuana prescription as part of his pain management program. He sought reimbursement from his employer and/or employer’s workers’ compensation carrier, Redwood Fire & Casualty. The injured employee’s request was granted by the worker’s compensation judge. The employer and Redwood appealed, and ultimately New Mexico’s intermediate appellate court reviewed the matter.

That court held, in Vialpando v. Ben’s Automotive Services, 331 P.3d 975 (N.M. App. Ct. 2014), cert. denied, 331 P.3d 924 (N.M. 2015), that the employee’s treatment was reasonable and necessary medical care as defined under the worker’s compensation laws, and that the employee was authorized to receive the treatment under New Mexico’s medical marijuana laws.

The court distinguished Raich on the ground that the workers’ compensation carrier and employer challenging the order in Vialpando were not in direct conflict with the Controlled Substances Act, as they were merely ordered to pay for an employee’s pain treatment, rather than directly purchase or deal with marijuana in any way. The New Mexico Supreme Court denied review of the decision.

The same court went a step further a year later, in Maez v. Riley Industrial, 347 P.3d 732 (N.M. App. Ct. 2015), reversing the ruling of a worker’s compensation judge who found an injured employee was not entitled to reimbursement for medical marijuana because his treating physician did not participate in the state’s medical marijuana program, and was not licensed to prescribe it. Nevertheless, the employee got a second opinion from a participating provider who gave him a prescription. The appellate court held that the worker’s compensation judge erred by failing to recognize the legitimacy of the plaintiff’s prescription. See also, Lewis v. American General Media, 355 P.3d 850 (2015) (denying a carrier’s challenge to a WCJ order to pay for medical marijuana, generally on evidentiary grounds).

But, notably, a federal court in New Mexico subsequently went to great lengths to distinguish Vialpando and its progeny. In Garcia v. Tractor Supply Co., 154 F. Supp. 3d 1225, 1228–30 (D.N.M. 2016), the court heard an employee’s challenge in an employment termination case, where the employee was terminated after failing an employer-required drug test that showed marijuana in his system. The employee asserted that he had a valid prescription for medical marijuana under state law, and as such, sued for wrongful termination. The court held that (1) the enforcement policy of the United States Attorney General expressed in the Cole memo is “not law,” and instead, is “merely an ephemeral policy that may change under a different President or different Attorney General;” and (2) that requiring accommodation of medical marijuana use conflicts directly with the CSA because “it would mandate the very conduct the CSA proscribes.”

It is difficult to reconcile the holdings of Garcia and Vialpando and its progeny.

Of course you realize this means war!

As marijuana laws hit the East Coast, so too has the dilemma of the workers’ comp carrier ordered to pay for an injured employee’s medical marijuana prescription. A New Jersey Administrative Law Judge recently held in favor of an employee. In Watson v. 84 Lumber, No. 2009-15470 (N.J. Div. of Worker’s Comp., Trenton Div. Dec. 16, 2016), the judge heard arguments, respectively, from a claimant seeking coverage for his medical marijuana prescription, and an employer and its insurer that argued that forcing them to pay for the prescription would be akin to forcing them to violate federal law. As in the New Mexico cases, the ALJ held there was substantial evidence from the employee’s providers of the benefits of his prescription, that the providers were licensed to prescribe marijuana under state law, and that the employee was licensed to participate in the state’s program.

The court did not directly address Raich, or cite any other cases discussing the issue, but rather noted:

While the Court is sensitive to the controversy surrounding the medicinal use of marijuana, whether or not it should be prescribed for a patient in a state where it is legal to prescribe it, is a medical decision that is within the boundaries of the laws in the State of New Jersey. In this case, there is no dispute that all of the credible evidence presented confirms that this Petitioner is an appropriate candidate for New Jersey’s medical marijuana program. Thus . . . the Court finds that the Petitioner’s participation in New Jersey’s Medical Marijuana Program is reasonable and necessary for the relief of the intractable neuropathic pain caused by his work-related injury.

There is no public indication that the decision has been challenged by appeal, and thus we may not see further review of this particular order. If it is appealed, the challenging insurer and employer would be wise to try their luck in federal court, which, based on the New Mexico cases, would be more likely to recognize federal law as controlling.

But in the meantime, employers and their workers’ compensation carriers should be mindful that, like it or not, they may be dragged into the latest iteration of the War on Drugs. In a sense, the war’s focus has shifted from the farms and hills of South and Central America and the streets of South Central Los Angeles, to U.S. courtrooms. It plays out between insurer’s buttoned-down lawyers and worker’s compensation claimants, as stakeholders grapple with the fast-evolving legal landscape of U.S. marijuana laws.