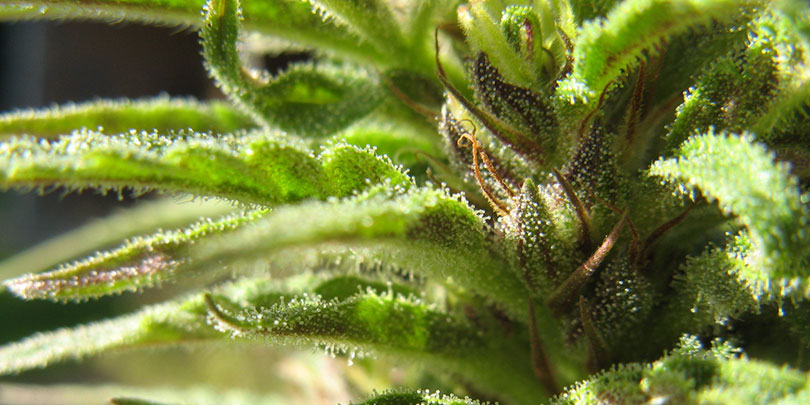 The refusal of the Senate to fill a Supreme Court vacancy has put gridlock back on the front page, as it leaves important questions about immigration and clean energy unresolved. Uncertainty about federal policy is also affecting other areas of American life, including one of our most popular pastimes. Recently, in The Green Earth Wellness Center, LLC v. Atain Specialty Ins. Co., No. 13-cv-03452-MSK-NYW (D. Colo. Feb. 17, 2016), a federal court in Colorado held that the federal government’s failure to clarify the current status of laws governing controlled substances created ambiguity in an insurance policy that had been issued to a grower and retailer of marijuana.

Fire On the Mountain

At the very time the Policy was being issued, a wildfire started in Waldo Canyon, outside of Colorado Springs. Over the course of several days, the fire advanced towards the city. Smoke and ash from the fire eventually overwhelmed Green Earth’s ventilation system, causing damage to the company’s inventory of marijuana, among other things.

Green Earth made a claim for coverage—not only for the damaged ventilation equipment, but also for the damage to its stash: the company lost both potted plants that were still in various stages of active growing, and which were valued at approximately $200,000, and dried and harvested product, which was ready for sale, and which was worth about $40,000. Atain denied the claim.

Steal Your Face Right Off Your Head

Toward the end of the same policy period, on June 7, 2013, thieves broke into Green Earth’s growing facility through a roof vent and stole some marijuana plants. While Green Earth did not seek coverage for the stolen plants themselves, it did file a claim for damage to the roof and ventilation system, as well as for other property damage that resulted from the hole the thieves created in the roof. Atain denied this claim, as well. Among other grounds, the insurer cited its appraiser’s valuation of loss at $2,400, slightly less than the Policy’s $2,500 deductible.

Once In A While You Get Shown The Light

Green Earth commenced a coverage lawsuit in federal court in Colorado, asserting breach of contract and bad faith. The parties cross-moved for summary judgment, raising a number of novel of issues for decision.

With respect to the losses associated with the Waldo Canyon fire, the court found there were triable issues as to whether there was coverage for the already-harvested marijuana, but it granted summary judgment to the insurer for that portion of the loss involving the still-growing plants. The distinction turned on policy language that is discussed below, as well as on facts about marijuana cultivation. On that topic, the Court cited the testimony of Green Earth’s expert about the stages of marijuana growing operations

“[M]other plants” are plants of each individual strain of marijuana that Green Earth offers. Mother plants are not cultivated to produce useable marijuana on their own; rather, they are maintained by the grower solely for the purpose of producing a constant and reliable supply of genetically-identical “clones.” A clone is a portion of the mother plant that is cut off and planted in a growing medium until it produces its own root, becoming a viable marijuana plant in its own right. The clones then grow to maturity. Mature clones are kept by the grower in one of two states: a “vegetative” (or “veg”) state, in which the plant is kept under near constant lighting to prevent it from flowering; and a “flowering” state, in which the plant is subject to intermittent light and darkness in order to induce it to produce flowers and buds. At the appropriate time, the grower harvests the flowering clone, cutting off flowers and buds (and sometimes other portions of the plants), drying that material, and selling it.

A Touch Of Grey Area

The insurer argued that there was no coverage for either category of marijuana, because the Policy contained an express exclusion for “contraband, or property in the course of illegal transportation or trade.” That exclusion applied, the insurer argued, because possession of marijuana for distribution constitutes a federal crime under 21 U.S.C. §§ 8451(a)(1) and (b)(1)(D).

In response, the Court found that the application of this law to Green Earth’s operations was, at best, ambiguous. It noted that the federal government—like many parents—has sent “erratic” and “conflicting signals” about marijuana, and it cited as evidence various memoranda from the Attorney General’s office, briefs submitted by the Department of Justice and the Solicitor General in other federal cases, and the passage of Public Laws 113-235, §538 (2014) and 114-113 §542 (2015) (collectively denying budget funds to the Department of Justice for actions that prevent states from implementing their own laws regulating marijuana).

Significantly, the Court did not find that the language of the contraband exclusion as such presented any problem of interpretation. Instead, it ruled that

“the Policy’s ‘Contraband’ exclusion is rendered ambiguous by the difference between the federal government’s de jure and de facto public policies regarding state-regulated medical marijuana.

A similar analysis dispatched the insurer’s argument based on Tracy v. USAA Cas. Ins. Co., 2012 WL 928186 (D. Hi. Mar. 16, 2012)—another case involving an insured whose possession of marijuana plants was in conformance with state regulations. The court in Tracy rejected the insurer’s argument that the policyholder lacked an insurable interest in the marijuana, but it held nevertheless that

“[t]o require Defendant to pay insurance proceeds for the replacement of medical marijuana plants would be contrary to federal law and public policy.

In Green Earth, the Court declined to follow Tracy for the reasons discussed in its analysis of the contraband exclusion, and “particularly in light of several additional years evidencing a continued erosion of any clear and consistent federal public policy in this area.”

The Court also suggested that the insurer’s concern for public policy might have arisen a little late in the game:

“[T]he Court does not and cannot give ‘assurances’ to a party about the legality of engaging in particular conduct, nor does the Court intend to offer any particular opinion as to ‘whether . . . it is legal for [the insurer] to pay for damages to marijuana plants and products.’ The Court assumes that [the insurer] obtained legal opinions and assurances on these points from its own counsel before ever embarking on the business of insuring medical marijuana operations.

The insurer also argued that the policy’s coverage grant for “stock” did not extend to the live plants that were still growing. The Policy defined “stock” as “merchandise held in storage or for sale, raw materials and in-process or finished goods, including supplies used in their packing or shipping.” The Court looked to dictionary definitions of the terms, and it conducted “a cursory internet search” to determine whether a growing plant could be considered “raw material.” It ultimately held that it was not an unreasonable interpretation to conclude that “stock” included the growing plants.

But the Court also found that growing plants fell squarely within an exclusion from coverage for “[l]and (including land on which the property is located), water, growing crops, or lawns.” Green Earth argued argument that indoor, potted plants did not clearly constitute “growing crops” under the cited exclusion, because, as used in the exclusion, the term required some connection to “land.” Rejecting that argument, the Court cited a pre-policy quote, which noted that “coverage does not extend to growing or standing plants,” and which Green Earth accepted by entering into a pre-policy binder.

With respect to the insurer’s argument that the fire-related losses occurred before the policy period, when the Waldo Canyon fire began, the Court found it obvious that there was a triable factual dispute over when the damage or loss actually commenced. As to the argument that the value of the theft losses was less than the Policy’s deductible, the Court also found a triable issue, because Green Earth had produced a competing appraisal, valuing the loss at approximately $8,000.

It Ain’t No Lie

Green Earth’s bad faith claim was based on alleged delays in the investigation and ultimate denial of the theft claim. The Court held as a matter of law that it was not unreasonable for Atain to have relied on its appraiser’s valuation in denying the claim—a position at odds with a Colorado state court’s ruling that an expert opinion is not a sufficient basis on which to grant an insurer summary judgment on a bad faith claim. Jewkes v. USAA Cas. Ins. Co., D.C. Colo. Case No. 13-cv-01673-RPM (June 26, 2014). The federal court found that Jewkes “improperly placed the burden on the insurer to demonstrate that its position was reasonable as a matter of law, when the proper allocation of proof requires the insured to demonstrate that the insurer’s position is unreasonable.”

The Golden Road To Unlimited Coverage?

The Green Earth decision is most remarkable for its conclusion that the uncertain state of federal law on the issue of whether state-sanctioned marijuana operations are “illegal” creates “ambiguity” in the insurance contracts issued to marijuana businesses that are authorized by state law. But the many corollary issues — e.g., whether potted plants are “growing crops,” or whether live marijuana plants constitute “stock” within the meaning of a standard insuring agreement – point out the very difficult tasks insurers face in entering a new, untested, yet lucrative and growing market. To be sure, the ruling was largely favorable to the insurer: the Court found no coverage for the damaged plants that were still growing, and these constituted the bulk of the Waldo Canyon fire claim. Yet, Green Earth and other growers are probably grateful for the ruling that the current, “erratic” state of federal marijuana policy renders insurance policies ambiguous, and so more likely to be construed in favor of policyholders.

As of this writing, four states and the District of Columbia have legalized marijuana for both medical and recreational purposes, and a total of 24 states have legalized it for medicinal purposes. Given that the legalization trend is expected to continue, and that demand for insurance for legal marijuana operations is likely to increase, insurers entering this market must carefully consider and clearly delineate precisely what it is they intend to insure. Insurers that were previously hesitant to enter this market may also take some comfort in the Green Earth ruling: although the Court was hesitant to make any explicit “declarations” or “assurances” about the legality of insuring marijuana, it implicitly gave that assurance with its core holding.