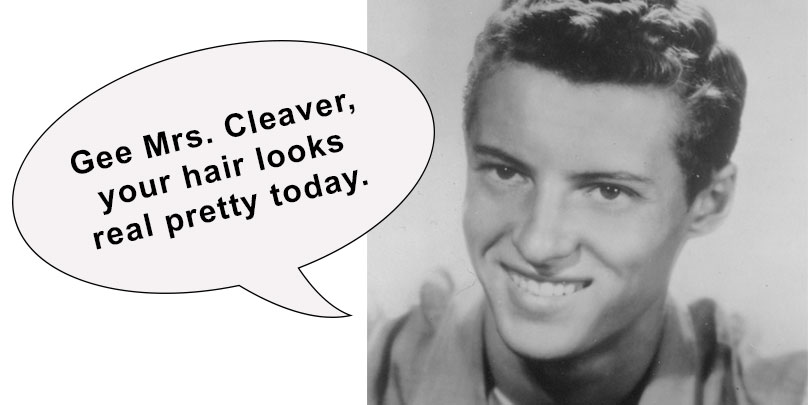 Eddie: Well, look, there’s nothin’ to be so shook about. Lumpy’s insurance’ll take care of it.

Moral hazard lurks around the edges of many disputes about liability coverage. Everyone agrees in principle that insurance shouldn’t help bad actors benefit from their wrongdoing, but parties often clash over where the principle applies.  Some courts have addressed the problem by asking if the insured has suffered an insurable “loss.”  E.g., Ryerson Inc. v. Federal Ins. Co., 676 F.3d 610 (7th Cir. 2012) (“You can’t … sustain a ‘loss’ of something you … shouldn’t … have”). Increasingly, however, policies incorporate those courts’ reasoning into “return of remuneration” or “return of profits” exclusions, stating that there is no coverage for claims based on “profit, remuneration or advantage” to which the insured “was not legally entitled.” The advantage of such exclusions was recently illustrated in Screen Actors Guild-AFTRA v. Federal Ins. Co., No. 13-56402 (9th Cir. Jan. 15, 2016)—a case involving one of the most morally ambiguous figures that American culture has produced.

Under various intellectual property laws, foreign governments must pay “foreign levy funds” to actors in American films. Since 1996, the Screen Actors Guild (SAG) has collected those payments on behalf of its members. In September 2007, one member filed a class action for restitutionary relief, compensatory and punitive damages and attorneys’ fees in Superior Court in Los Angeles, alleging that SAG had held the foreign levy funds for an “unreasonably long period of time.” The actor in question was Ken Osmond. He is famous for personating Leave It To Beaver’s Eddie Haskell in the 1960s, but his range extended all the way to the role of Eddie Haskell Sr. in the 1997 reboot. (He did not, however, grow up to be Alice Cooper.)

The union tendered the suit to Federal under the Directors & Officers Liability and Entity Liability Coverage sections of its general liability policy. The insurer accepted the defense under a reservation of rights. SAG ultimately settled the case, agreeing to “use reasonable efforts” to allocate and pay 90% of the levy funds within three years. The Superior Court, in the course of approving the settlement, also awarded attorneys’ fees and costs in the amount of $315,000, as well as a $15,000 enhancement payment to Mr. Osmond.

SAG then looked to its insurer for reimbursement of the $330,000 award of fees and costs. Federal denied the claim, based on a return of profits exclusion, which stated that there was no coverage for claims

based upon, arising from, or in consequence of … [the Insured’s] having gained in fact any profit, remuneration or advantage to which such Insured was not legally entitled.

SAG filed an action for breach of contract and bad faith in a California state court. After the case was removed to the Central District of California, the parties cross-moved for summary judgment.

It’s Better To Lose Than To Give

Exclusions like the one cited by Federal are often invoked in cases that explicitly seek rescission or disgorgement as a remedy. In many such cases, the insurer reserves its rights during the underlying suit, then asserts the exclusion if the ultimate award appears to be restitutionary in nature. The defense therefore hinges on the nature of the remedy, but it is not always easy to establish that nature. Judge Posner, who wrote the opinion in Ryerson, supra, and who has repeatedly held that the return of ill-gotten gains does not constitute an insured “loss,” put it this way, in Schlueter v. Latek, 683 F.3d 350 (7th Cir. 2012):

Damages are measured by the plaintiff’s loss, restitution by the defendant’s gain. Often they’re equivalent … . But not always.

Even cases that turn on express return of profits exclusions can end up wrestling with this ambiguity. For example, in William Beaumont Hosp. v. Fed. Ins. Co., 552 F. App’x 494, 499 (6th Cir. 2014), a group of nurses alleged that the antitrust violations of the defendant hospitals had depressed the wages of members of the class.  When one of the insured defendants sought coverage for its settlement with the class, its insurer invoked a return of profits exclusion. In that case, however, the exclusion stated:

Solely with respect to any Claim based upon, arising from or in consequence of profit, remuneration or advantage to which an Insured was not legally entitled, the term Loss … shall not include disgorgement by any Insured or any amount reimbursed by any Insured Person.

Thus, even though the Sixth Circuit’s decision in favor of coverage is based on a discussion of what the insured had done, the real focus appears to be what happened to the money the class would receive:

[W]e find the hospital never gained possession of (or obtained or acquired) the nurses’ wages illicitly, unlawfully, or unjustly. Rather, according to the nurses’ complaint, Beaumont retained the due, but unpaid, wages unlawfully. This is not mere semantics. Retaining or withholding differs from obtaining or acquiring. The hospital could not have taken money from the nurses because it was never in their hands in the first place. While the hospital’s alleged actions are still illicit, there is no way for the hospital to give up its ill-gotten gains if they were never obtained from the nurses.

Screen Actors Guild differed from earlier cases, because, in that case, the insured never denied that the underlying suit sought funds that were “already due and owing to the members” of the class. Consequently, SAG did not seek indemnification for the amounts it agreed to pay out to class members. But it argued that the attorneys’ fees and enhancement payment awarded in the underlying action were in an entirely different category.  It based its argument on several details of its policy:

On the basis of these terms, the union asserted that the policy covered the award of attorneys’ fees, because that amount was not restitution, but it was “Loss (an amount in a judgment) which was paid in a covered Claim (a civil proceeding where there were allegations of Wrongful Acts).” Note that the subject of this argument is (as it was in cases like Ryerson and William Beaumont) the nature of the remedy awarded in the underlying action, rather than the nature of the conduct on which the action was based. Thus, although SAG acknowledged that a California appellate court had found there was no coverage for attorneys’ fees in Health Net, Inc. v. RLI Ins. Co., 206 Cal.App.4th 232, (Cal. Ct. App. 2012), it contended that Health Net was distinguishable—because the insuring clause in that case required the insurer to pay only those amounts the insured “bec[a]me legally obligated to pay as Damages …”

What Have You Done?

In rejecting SAG’s argument, the district court ignored the inquiry into whether the remedy awarded in the underlying suit had been a “Loss.” It even found that the fact “the Policy contains a ‘Loss’ definition … broader than the Health Net policy is irrelevant.” Instead, the court focused on the scope of the return of profits exclusion:  that is, whether the claims in Mr. Osmond’s case “ar[ose] from, or in consequence of … [the Insured’s] having gained in fact any profit, remuneration or advantage to which such Insured was not legally entitled.” Because it was undisputed that this was the nature of Mr. Osmond’s case, SAG was not entitled to coverage for any portion of the outcome:

[I]nsofar as SAG is and was … obligated to account for and distribute the foreign levy funds to the plaintiff class, SAG fails to establish that the $330,000 Award arises from a ‘covered’ Claim under the Policy.

On appeal the Ninth Circuit endorsed the district court’s conclusions, without directly commenting on the court’s approach:

Although the language of this passage appears to restore the conventional emphasis on “loss,” the substance is consistent with the district court’s analysis: it clearly focuses on whether the underlying suit alleged conduct by the insured that fell within the scope of the return of profits exclusion.

“June, why are you defending that suit?”

There remains plenty of room for debate over how the traditional subjects of liability coverage can be distinguished from claims that the insured has “gained … profit, remuneration or advantage to which [it] was not legally entitled.” But focus on the language of return of profits exclusions is a more promising solution to the moral hazard problem than trying to identify cases of “disgorgement.” As insurers continue to refine the language of that exclusion, the reasonable expectations of both insurers and policyholders are more likely to be realized.

Image source: By It is unclear whether this was distributed by Osmond’s personal publicity agency or whether ABC Television had employed an agency to distribute the press materials. [Public domain], via Wikimedia Commons

None Of Your Business: Eleventh Circuit Enters A Gray Area For Contract Liability Exclusions