You are here: Home / Damage/Loss / Third Circuit Slams The Door On Coverage For The Cost of Defending Excluded Claims—Then Leaves It Wide Open 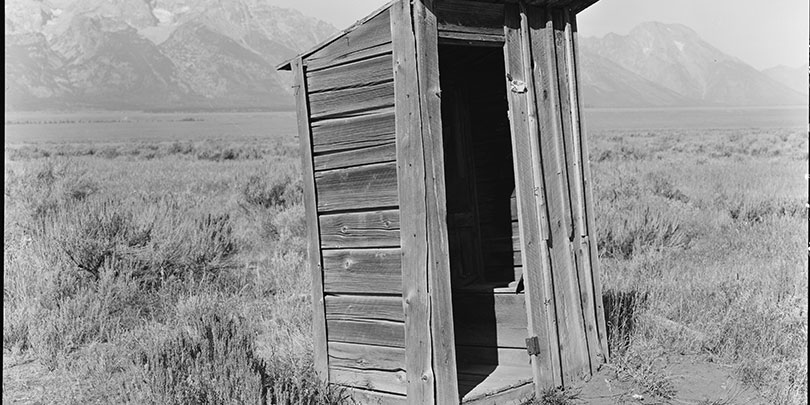 An insured corporation settles a class action, and a portion of the settlement pays the plaintiffs’ attorneys. Payments to the class are excluded from coverage under the terms of the corporation’s liability policy. But can the company still get coverage for the attorneys’ fees? In April, this blog discussed a case in which the answer turned on the nature of the company’s underlying conduct. The following month, in PNC Financial Services Group, Inc. v. Houston Casualty Co., No. 15-1656 (3d Cir. May 2, 2016), the U.S. Court of Appeals for the Third Circuit worked a different angle. Although it disallowed coverage for attorneys’ fees, it left an opening by which future insureds might still recover defense costs—even if their actions would not support coverage for the amount they pay in damages.

In 2009 and 2010, the insured bank was sued in six class actions over the way it processed debit card and ATM transactions. Four of the actions were consolidated in the Southern District of Florida (the “MDL Action”), one was filed in the District of Columbia (the “Trombley Action”), and one was filed in the Court of Common Pleas of Allegheny County, Pennsylvania (the “Henry Action”). All six actions alleged that the bank’s practices improperly increased the number of customer overdrafts, resulting in the collection of more overdraft fees.

A Question of Coverage

The bank sought indemnification from its insurers for both settlements. Its excess liability policies covered “all Loss for which the Insured becomes legally obligated to pay on account of any Claim … .” “Loss” was defined to include “Claims Expenses” and “Damages.”

“Damages” were defined, in part, as

a judgment, award, surcharge or settlement . . . and any award of pre- and post-judgment interest, attorneys’ fees and costs.

This definition also had several exceptions, including one stating:

Damages shall not include … fees, commissions or charges for Professional Services paid or payable to an Insured.

The insurers denied coverage, on the ground that the settlement payments represented a refund of charges (overdraft fees) that customers had previously paid to the insured—and, therefore, that they fell within the “Professional Services Charge Exception” to the definition of “Damages.”

The insured then filed a declaratory judgment and breach of contract action against the insurers, and the parties filed motions for judgment on the pleadings. The matter was referred to a Magistrate Judge, who held that the Professional Services Charge Exception applied only to first-party losses. Citing the policies’ “Personal Profit Exclusion” (“PPE”), which excluded coverage for “any . . . profit or remuneration gained by any Insured to which such Insured is not legally entitled,” the Magistrate Judge found that the Professional Services Charge Exception could not be applied to third-party claims for the recovery of improper fees without “render[ing] coverage under the financial institution liability policy illusory” and making the PPE “superfluous.”

The district court disagreed, finding that the exceptions to the Damages definition must apply to third-party losses. It found that the exception applied in this case, “[b]ecause the settlement payments constituted a refund of fees that customers paid to [the insured banks] for Professional Services.” At the same time, however, the court ruled that those portions of the two settlements that were to be paid to class counsel fell outside the exception (they did not represent a refund of fees), but within the policies’ definition of “Damages” (which included an “award of . . . attorneys’ fees and costs”). Therefore, the District Court held that the attorneys’ fees were covered, even though the bulk of the settlement fund was not.

No Coverage for Professional Service Charges

On appeal, the insured bank argued that the Professional Services Charge Exception was ambiguous, but the Third Circuit was unconvinced. It noted that disagreement between the parties over the interpretation of a contract does not establish ambiguity; indeed, even “the fact that an insurance policy ‘has been construed in different ways by the various courts that have considered it’ does not mandate that the policy is ambiguous.” (Quoting Lower Paxton Twp. V. U.S. Fid. & Guar. Co., 557 A.2d 393, 400 n.4 (Pa. Super. Ct. 1989).)

The Third Circuit also rejected the argument that the District Court had impermissibly “rewritten” the Professional Services Charge Exception, by applying it to a refund of “charges … paid … to an Insured.” The court found this argument to be “a variation of the [Magistrate Judge’s] first-party construction,” which the court rejected on the ground that the limited exception did not render the policies’ third-party coverage “illusory.”

Finally, the Third Circuit agreed with the district court’s conclusion that the settlement payments did no more than reimburse fees:

[W]hile the Plaintiffs in [the underlying suits] brought several different types of claims, and sought relief in several different forms, the essence of the claims dealt with [the insured’s] policy of charging overdraft fees. Moreover, … it is clear that both settlement agreements were drafted to reimburse or refund class members with overdraft fees that the class members had previously paid … [T]here is no other way … to construe the Fee Exception than to encompass the settlements at issue here.

The policies stated that they covered Loss—expressly including attorneys’ fees—that the insured was “legally obligated to pay.” However, the court explained, under the terms of the settlement agreements, the insured bank was not “legally obligated to pay” the attorneys’ fees awarded to class counsel. Rather, the attorneys’ fees and costs were paid from the settlement funds, pursuant to the “common fund” or “common benefit” doctrine. “Under the common fund or benefit doctrine, ‘the plaintiff class as a whole rather than the defendant bears the burden of attorney’s fees.’” (Quoting Brytus v. Spang & Co., 203 F.3d 238, 242 (3d Cir. 2000).)

Rather, the attorneys’ fees were awarded out of funds that, as a whole, constituted a refund of charges paid to the insured—funds that were excluded from coverage by the Professional Services Charge Exception. Consequently, there was no coverage under the policy for the attorneys’ fees.

It’s Not How You Look; It’s Where

This case is consistent with others which hold that attorneys’ fees paid from an excluded common fund are not separately subject to coverage. See, e.g., BOC Group, Inc. v. Federal Ins. Co., 2007 WL 2162437 (N.J. Super. App. Div. March 21, 2007). Here, however, the Court also noted that, under the terms of the underlying settlement agreements, the insured expressly agreed to pay a “specific sum”—i.e., a pre-determined amount—for notice to the class and administration of settlement claims. Accordingly, the court held that the insured

became legally obligated to pay these sums separate and apart from payments that refunded overdraft fees.

In other words, while there was no coverage for the amount the insured paid in attorneys’ fees and costs, coverage was available for the amounts it paid for the administrative costs of the settlement. The difference was based solely on the way those two amounts were to be determined under the terms of the settlement agreements. Thus, in future cases, it appears that insureds hoping to get coverage for attorneys’ fees can improve their chances by paying attention to how their settlements are papered.

It also appears that the issues in this case were resolved by an inquiry that was entirely different from the one the Ninth Circuit pursued in Screen Actors Guild-AFTRA v. Federal Ins. Co. The two cases did not raise identical questions: in SAG, the Ninth Circuit had to interpret a “return of profits” exclusion (similar to the PPE in this case), rather than an exception to the definition of “Damages.” Nevertheless, they seem to represent different judgments about what facts count the most for determining whether there is coverage for the cost of defending an excluded claim. At least from the point of view of insurers, the Third Circuit’s opinion seems problematic.

Tenth Circuit Drills Down Into Roots Of Moral Hazard, Comes Up Dry