You are here: Home / Additional Insured / Tenth Circuit Drills Down Into Roots Of Moral Hazard, Comes Up Dry 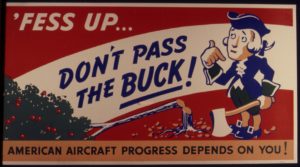 Moral hazard (one of this blog’s preoccupations) usually comes up in disputes over the scope of coverage under an insurance policy.  (See, for example, here, here  and here.)  But state legislatures often address it, too—for example, by imposing limits on agreements to indemnify a party against the consequences of its own negligence.  This week, in Lexington Ins. Co. v. Precision Drilling Co., No. 15-8036 (10th Cir. July 26, 2016), the U.S. Court of Appeals for the Tenth Circuit interpreted one of those statutes: it held that a party barred from directly indemnifying another could nevertheless buy insurance for that other party.  Because this ruling clashes with other decisions that either interpreted the same statutory language or raised the same policy concerns, it demonstrates above all that the problem of moral hazard lacks a consensus solution.

Fire In The Hole!

The language and scope of these statutes varies from state to state.  For instance, Louisiana and New Mexico expressly prohibit parties from using insurance coverage to frustrate or circumvent the statutory prohibitions.  On the other hand, the prohibitions of the Texas statute contain an express exception for certain indemnity agreements that are “supported by liability insurance coverage.” Texas Civ. Prac.. & Rem. Code §127.005.

Unlike some of these laws, Wyoming’s statute was enacted without any statements as to its underlying intent, but its language is fairly typical.  The Wyoming Oilfield Anti-Indemnity Act, Wyo. Stat. § 30-1-131 (WOAIA), provides, in part:

All agreements, covenants or promises … affecting any agreement pertaining to any well for oil, gas or water, or mine … which purport to indemnify the indemnitee against loss or liability for damages …

(B) From any accident which occurs in operations carried on at the direction or under the supervision of the indemnitee or an employee or representative of the indemnitee … are against public policy and are void and unenforceable to the extent that such contract … by its terms purports to relieve the indemnitee from loss or liability for his own negligence. This provision shall not affect the validity of any insurance contract ….

Ultra Resources, Inc., is the leaseholder of a wellsite in Sublette County, Wyoming. In January 2007, Ultra engaged a company called Upstream International to manage and work at the wellsite.  Upstream’s contract required it to purchase and maintain liability insurance covering all contractors and subcontractors.  Upstream complied with its obligations by obtaining a Commercial General Liability policy and an Umbrella Liability policy from Lexington Insurance Co.

In March 2008, Ultra hired Precision Drilling Company as a contractor to conduct drilling operations on the site.  In December 2008, another contractor, Darrell Jent, was seriously injured when he fell off the stairway of a rig operated by Precision.  Mr. Jent brought an action charging Precision with negligence.  When that action was settled, Precision sought reimbursement under the policy obtained by Upstream.

The insurer had provided a defense to Mr. Jent’s lawsuit, subject to a reservation of rights.  At the conclusion of the case, the insurer brought a separate action for declaratory judgment, asserting that it had no duty to indemnify Precision for the cost of the settlement.  For purposes of a motion for summary judgment, the insurer did not dispute the fact that Mr. Jent’s accident fell within the coverage terms of the issued policies, but it contended that the policies themselves—to the extent they covered anyone on the wellsite other than Upstream—were void under the WOAIA.  The insurer asserted, that is, that the policies at issue were “agreements … which purport[ed] to indemnify [Precision] against … liability for damages … [f]rom … accident[s] … in operations carried on … under [Precision’s] supervision … .”  The district court accepted that argument, it awarded summary judgment to the insurer, and Precision appealed.

On appeal, the Tenth Circuit focused on that portion of the WOAIA’s text which states that the anti-indemnity provision “shall not affect the validity of any insurance contract.”  The insurer argued that applying this exemption to the insurance contracts it issued to Upstream would frustrate the purpose of the WOAIA, because it would allow an indemnitor to circumvent the statute’s prohibitions by purchasing insurance for a third party.

The Tenth Circuit disagreed.  Noting that the statute had been enacted without any statement of purpose, the court accused the insurer of

ask[ing] us to override the statute’s admittedly plain text simply on the basis of speculation about the Wyoming legislature’s textually unexpressed intentions.

Refusing to grant that request, the court stated:

‘When a statute is as clear as a glass slipper and fits without strain,’ it is our job merely to put the foot where it belongs.

This conclusion would appear to be fairly straightforward, were it not for some other decisions that came out differently.

In 1988, for example, New Mexico’s Oilfield Anti-Indemnity Act contained the same exemption as the WOAIA, stating:  “This provision shall not affect the validity of any insurance contract ….”  New Mexico Stat. Ann. § 56-7-2(A)(4).  (The statute has since been amended.)

But in Amoco Production Co. v. Action Well Service, Inc., 107 N.M. 208 (1988), the Supreme Court of New Mexico held that the exemption would not apply to an insurance policy that had been purchased on behalf of the insured by one of its contractors.  Finding that the statute as a whole had been adopted “to promote safety … particularly in the oil field involving occupations known for dangerous working conditions,” the court determined that the insurance exemption applied only

This result was not based on an interpretation of the WOAIA’s insurance exemption, and the court in Precision Drilling distinguished it on that ground:

In True Oil, the party seeking coverage could qualify as an additional insured under the terms of the relevant policy only by showing that it had an “insured contract” with the policyholder. And the only agreement it could point to that might have met that condition precedent was an indemnity agreement rendered unenforceable by the first sentence in Wyoming’s statute. No similar problem exists here: though the insurance policies in this case were paid for by a third party, Lexington doesn’t suggest that Precision’s status as an additional insured under their terms depends on the existence of an unlawful indemnity agreement.

In Precision Drilling, the court found that the term “any insurance contract,” as it appears in the WOAIA’s insurance exemption, was a “plain text” and “as clear as a glass slipper.”  But it also acknowledged the ruling in True Oil, which, as a practical matter, established that the exemption will not preserve every insurance contract to which the WOAIA might apply.  In that respect, Precision Drilling is in agreement with the decision of the New Mexico high court in Action Well Service.

But under Precision Drilling, the determination of which policies will be preserved by the insurance exemption turns on whether coverage has been conditioned on the existence of an indemnification agreement—a factor that does not appear to bear much relationship to the presumed workplace safety objectives underlying the WOAIA.  In that respect, Action Well Service appears to reach a more coherent conclusion.

Washington Court Finds Coverage For “Collapse” Is Not Set In Stone