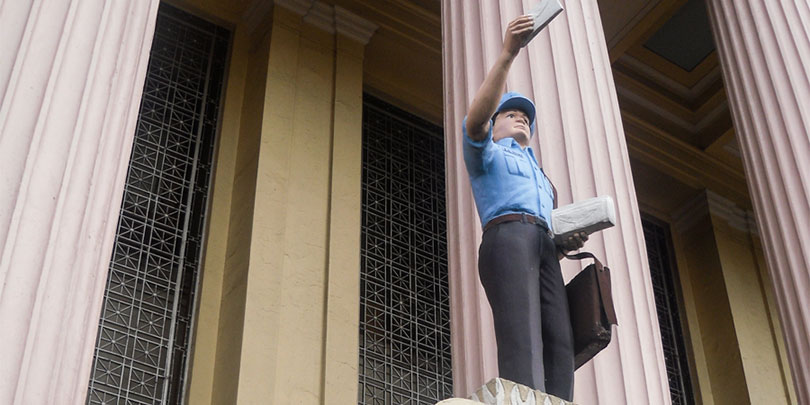 Enacted in 1991, the Telephone Consumer Protection Act, 47 U.S.C. § 227  (TCPA), inaugurated the era of “junk fax” class actions, in which recipients of mass fax advertisements may pursue statutory damages of $500 per class member. Insurers responded by adding terms to liability policies that expressly exclude coverage for claims under the TCPA. But the dialectic of coverage litigation is ineluctable, and plaintiffs began asserting, in effect, that the TCPA was irrelevant—because junk faxes allegedly violated state consumer fraud statutes or common law rules.  Class action complaints invoked these alternative theories, and insureds sought coverage for those claims.  Earlier this month, in Emcasco Ins. Co. v. CE Design, Ltd., No. 14-6064 (10th Cir. May 4, 2015), the assertion was rejected (or, at least, sublated).  The U.S. Court of Appeals for the Tenth Circuit joined a number of jurisdictions in ruling that the statutory exclusion applies to all claims that arise, even indirectly, from an act that violates the TCPA.

Custom Mechanical Equipment, Inc., is a manufacturer of custom heating and air conditioning equipment located in Ponca City, Oklahoma. In April 2008, Custom faxed an advertisement for screening enclosures (which protect Custom’s units) to at least 2,500 potential customers.  The company’s first error was to send the fax in a way that arguably violated the TCPA.  An even bigger mistake was to send it to an engineering firm called CE Design, Ltd.

CE, which is located in Rolling Meadows, Illinois, promptly sued Custom in an Illinois state court proceeding, and its class action complaint pleaded three separate claims: for violation of the TCPA; for violation of the Illinois Consumer Fraud and Deceptive Practices Act, 815 ILCS 505/2 (ICFA); and for conversion—based on Custom’s alleged misappropriation of recipients’ paper, of their toner and (temporarily, at least) of their fax machines.

Custom had commercial general liability and umbrella coverage under a policy issued by Emcasco Insurance Company, and it tendered the defense of CE’s claim.  After Emcasco denied coverage, Custom settled CE’s case for $1,276,000—$500 in statutory damages for all 2,552 members of the putative class.  As part of the settlement, CE agreed not to enforce the judgment against Custom, but to proceed directly against the insurer.

The parties also agreed to the language of a proposed order approving the settlement—language that the Illinois trial court adopted.  Thus, while CE’s complaint had alleged that “[Custom] knew or should have known that … class members had not given express invitation or permission for [Custom] … to fax advertisements,” the order approving the settlement found that “[Custom] believed that [it] had the consent of the fax recipients,” and that it “did not intend to injure the fax recipients.”  The court entered judgment against Custom under all three counts of CE’s complaint.

Following that judgment, CE and Emcasco filed competing declaratory judgment suits, which were ultimately consolidated in the Western District of Oklahoma.  Ruling on cross-motions for summary judgment, the district court found that there was no duty to defend in this case, for three separate reasons.

First, the court held that the CE’s claim under the TCPA fell within a policy term that excluded coverage for damage “arising directly or indirectly out of any action … that violates or is alleged to violate” either the TCPA, or any other statute “that prohibits or limits the sending, transmitting, communicating, or distribution of material or information.”

Second, the court noted that the tort of conversion involves “an intentional diversion of property,” and that the order approving the class action settlement found that Custom was liable under that theory.  Accordingly, the district court held that CE’s conversion claim fell within a second exclusion, providing that the policy does not cover property damage that was “expected or intended from the standpoint of the insured.”

Third, the court observed that a claim under the ICFA “requires the defendant to intend for the plaintiff to rely on the deceptive act,” and that judgment had been entered on that ground, as well.  Consequently, it found that coverage was barred, either by the “Expected or Intended Injury” exclusion, or by an exclusion for advertising injury caused “with the knowledge that the act would violate the rights or another.”

On appeal, CE conceded that the statutory violation exclusion barred coverage for the TCPA claim, but it continued to argue that the policy covered claims for conversion and violation of the ICFA.  The Tenth Circuit disagreed.

With respect to the conversion claim, the Court of Appeals began its analysis with the facts (i) that the policy provided coverage for damage caused by an “occurrence,” and (ii) that it defines “occurrence” as an “accident.”  CE’s underlying complaint alleged that Custom “knew” it was wrongfully misappropriating fax paper and toner.  Thus,

The problem for CE … is that, by proving its intentional conversion claim, it would … disprove that an accident caused its property damages.  That would leave it with a claim that falls outside Emcasco’s duty to defend and the policy’s coverage.

CE also asserted a claim for what it called “negligent conversion,” which the Court of Appeals took to mean “a traditional, intentional conversion committed under a mistaken factual or legal belief of a right to appropriate the property.”  (Remember that the parties had the Illinois court state that Custom “believed that [it] had the consent of the fax recipients” when it approved the class action settlement.)  The Tenth Circuit agreed that an intentional “appropriation” of fax paper, committed under a mistaken belief that the use was permitted, could constitute an “occurrence” within the meaning of the policy.  But it also found that, in this case, Custom had failed to provide its insurer with

any basis for its supposed mistaken belief … .  Instead, it presents to us a bare claim of mistake that any fax-sender can make. … If this sufficed as an accident, it is hard to imagine what would not.

Finally, CE argued that the conversion claim fell within the policy terms that provided coverage for “personal and advertising injury,” which includes injuries arising out of “written publication, in any manner, of material that violates a person’s right of privacy.”  The Tenth Circuit had previously found that a TCPA violation impairs that right.  Park Univ. Enters., Inc. v. Am. Cas. Co. of Reading, 442 F.3d 1239, 1249 (10th Cir. 2006) (“the TCPA protects a species of privacy in the sense of seclusion”).  But the court was unwilling to find that conversion impairs a right to privacy—even if the act by which it is effected is also part of a violation of the statute—because the misappropriation of property can be completed, even if “publication” never takes place:

Although a TCPA claim proves a ‘publication’ of material with the sending of the fax, a conversion claim does not—it simply proves a wrongful appropriation of property.  Thus, converting another’s property does not qualify as a ‘written publication … of material that violates a person’s right to privacy.’

Moreover, even if publication were integral to the act of conversion, the claim would still be barred by the exclusion covering a knowing violation of rights.

The ICFA claim required much less analysis: the Tenth Circuit agreed with the district court that coverage was barred under both the expected-or-intended-injury and the knowing-violation-of-rights exclusions.

One Exclusion to Rule them All

Once it concluded its painstaking dissection of CE’s non-TCPA claims, the court went on to announce that it needn’t have bothered: it found all three of CE’s claims also fell within the statutory violation exclusion.

The statutory-violation exclusion denies insurance for ‘property damage’ and ‘personal and advertising injury’ that arise—even indirectly—out of any act or omission violating the TCPA.  Without Custom’s having faxed the advertisement to [CE], neither [CE’S] conversion claim nor its ICFA claim would exist.  Thus, we hold that any property damage or personal and advertising injury arose directly from Custom’s actions in sending the faxed advertisements.

This additional holding makes the court’s decision comprehensive.  There is an unspoken argument underlying plaintiffs’ reliance on common law claims and state consumer statutes: because junk faxes could (allegedly) be actionable, even without a TCPA (the argument goes), a TCPA-based exclusion should not apply to such alternative theories.  The Tenth Circuit dismantled that argument when it found that claims asserting these pre-TCPA legal theories were already barred by traditional terms of a liability policy.

On the other hand, plaintiffs could also try to argue that the “appropriation” of paper and toner that results from every fax transmission has now become tortious, only because it involves an action that the TCPA now proscribes.  The final ruling in Emcasco addresses that brave new world: it holds that the statutory exclusion applies to all claims that might have been created by the TCPA—even claims that Congress never contemplated.

The dialectical ball is back in plaintiffs’ court.

Of Mice and Manpower: Companies That Lease Employees Cannot Be Self-Insured