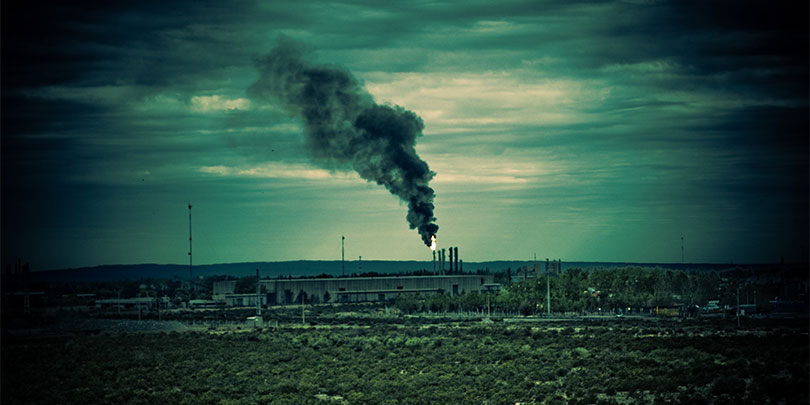 This Spring, cases from Florida and Wisconsin reaffirmed the general proposition that a liability insurer’s duty to defend must be determined from the specific claims in the underlying complaint against the insured, and not from facts available from other sources.  Both cases dealt with contamination or pollution conditions, and, in both instances, the courts held it was the nature of the underlying claim, rather than the actual presence of a pollutant, that established or negated the duty to defend.

James River Insurance Company v. Hufsey-Nicolaides-Garcia-Suarez Associates, Inc., No. 13-10631, 2014 WL 904710 (11th Cir. Mar. 10, 2014), posed the question of whether a pollution exclusion absolved James River of the duty to defend its insured under a professional liability policy.  HNGS was a mechanical engineer responsible for the design and installation of a hotel’s plumbing and filtration systems.  Shortly after leaving the hotel, one of its guests developed Legionnaire’s disease while a passenger on a cruise ship; the ship’s owners then tested the hotel’s water and found indications of the presence of legionella bacteria.  They alerted the  Florida Health Department, which found that a water filter had had the effect of reducing chlorine to levels that were insufficient to protect against potential water-borne illnesses.  The Health Department issued an Advisory stating that, as a precautionary measure, guests should not drink the hotel’s water.  As a result, the hotel was forced to close while it repaired the filtration system.

The hotel sued its developers for economic losses and the costs of repairing the plumbing and filtration systems.  The developers then filed a third-party complaint against HNGS and other design professionals, asserting the same allegations.  HNGS submitted a claim under its professional liability policy, and James River filed a declaratory judgment action, asserting that it had “no duty to indemnify or defend HNGS in the underlying litigation.”

HNGS’s policy contained a “pollution exclusion,” stating that there was no coverage for claims “arising out of … pollution/ environmental impairment/ contamination” or for “liability and expense arising out of or related to any form of pollution …” The term “pollution” was defined to include “any solid, liquid, gaseous, fuel, lubricant, thermal, acoustic, electrical, or magnetic irritant or contaminant.” In a separate endorsement, the policy also excluded coverage for claims based on the “presence of … any microorganisms.”  Asserting that “all of the claims alleged in the underlying litigation directly or indirectly arise from the presence of legionella bacteria in the [hotel’s] water,” James River argued that both the pollution exclusion and the bacteria exclusion barred coverage.

The District Court ruled in favor of James River, based on the pollution exclusion.  The Eleventh Circuit reversed, because it found that some of the allegations in the underlying complaint were unrelated to the presence of legionella bacteria in the water.  In Florida, as in other jurisdictions, “[i]t is well settled that an insurer’s duty to defend … arises when the complaint alleges facts that fairly and potentially bring the suit within policy coverage”  (quoting Jones v. Florida Ins. Guar. Ass’n, Inc., 908 So.2d 435, 442-43 (Fla. 2005)).  Whether the insurer has a duty to defend is based solely on the allegations of the complaint, and doubts are resolved in the insured’s favor.  Moreover, if the any part of the complaint implicates coverage, then “the duty to defend extends to all claims, even to those claims that are clearly outside the scope of coverage” (citing Baron Oil Co. v. Nationwide Mut. Fire. Ins. Co., 470 So.2d 810, 813-14 (Fla. 1st DCA 1985)).

With these general propositions in mind, the court focused on the portions of the underlyiing complaint alleging that the hotel had had to remediate HNGS’s allegedly improper design of the plumbing and filtration systems.  It found that these claims were not related to the presence of bacteria in the water, and that they were sufficient to trigger the insurer’s duty to defend.

In reaching this decision, the Eleventh Circuit compared and contrasted two other decisions.  In James River Ins. Co. v. Ground Down Eng’g, 540 F.3d 1270 (11th Cir. 2008), the damages sought in the underlying action related directly to contamination of property and environmental remediation.  Accordingly, the pollution exclusion applied, and the insurer did not have a duty to defend.  In contrast, in Evanston v. Treister, 794 F. Supp. 560 (D. V.I. 1992), the insured architect was sued when allegedly improper installation of water and sewer lines resulted in contamination of the plaintiff’s property.  In that case, as in HNGS, the plaintiff was seeking recovery for the costs of replacing work that had allegedly been performed negligently, and the insurer had a duty to defend that claim.  The Eleventh Circuit concluded, “the remediation damages against HNGS relate at least in part to the remediation that requires repairs to plumbing and filtration systems, not to the presence of pollution or bacteria in the water.”

Acuity v. Chartis Specialty Insurance Company, No. 2013AP1303, 2014 WL 957207 (Wis. Ct. App. Mar. 12, 2014), arose under a contractors pollution liability policy that provided coverage for “all sums [the insured] shall become legally obligated to pay … as a result of Claims for Bodily Injury [or] Property Damage … caused by Pollution Conditions.”  “Pollution Conditions” was defined as “the discharge, dispersal, release or escape of any solid, liquid, gaseous or thermal irritant or contaminant . . .”  In that case, the insured was sued in four consolidated lawsuits for bodily injury and property damage caused by an explosion that occurred after its employees disturbed an underground natural gas line.

The trial court held that the insurer had a duty to defend, because natural gas was a pollution condition.  “[A]s a ‘gaseous combustible fuel’ people do not want ‘loose in the environment,’ which exploded due to a chemical reaction,”  the court found, “a reasonable person would consider ‘a gas leak like this . . . a contaminant[] and, therefore, pollution.’”

The Court of Appeals of Wisconsin disagreed and reversed.  The court explained (citation omitted):

The complaints allege significant property damage and personal injury due only to the explosion and fire, not to contact with the escaped natural gas itself … .It is the nature of the claim being asserted against the insured, not the merits, that determines the existence of the duty to defend. …  We do not deem it fairly debatable that any of the complaints allege even one theory to trigger Chartis’ duty to defend.

This case, like James River v. HNGS, illustrates the necessity to focus on the nature of the claims against the insured, not just the attendant facts that gave rise to the claims, in evaluating whether the insurer has a duty to defend.

Not So Fast: New York’s High Court Relieves Pressure on Liability Carriers to Disclaim Coverage “As Soon As Possible”