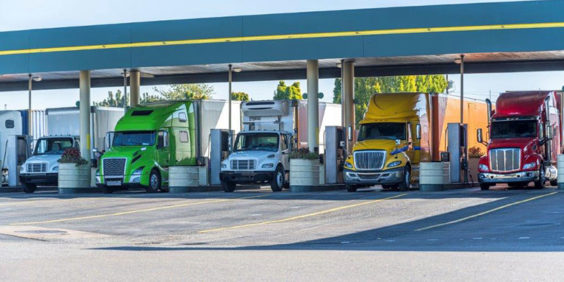 A common issue arising in the interpretation of both liability and first party property policies is the determination of whether one or more “occurrences” are involved in any given claim or loss. The resolution of this issue can affect the applicable limit of the policy when the policy contains both a per occurrence and an aggregate limit. The issue also can arise in determining the applicable deductible or retention the insured must exhaust before any insurance under the policy is triggered. This latter situation was recently addressed by the Eleventh Circuit Court of Appeals in Port Consolidated, Inc. v. International Insurance Company of Hannover, PLC, Case No. 19-13544 (Sept. 8, 2020).

In Port, the insured operated a cardlock fueling facility, which is an unattended fuel facility with limited customer access. For a customer to gain access to the facility, the customer must apply for and receive a CFN card, which can be used to pump fuel at the facility. Customers can place restrictions on their CFN cards, including limitations on the number of gallons per transaction. One of the insured’s customers placed a 75-gallon limit per transaction on its CFN cards. The insured, however, incorrectly programmed its fuel pumps, such that the customer’s drivers (independent contractors) could exceed the 75-gallon limit. The customer would only be charged for the 75-gallon cap, but the drivers could get additional fuel. Some of the drivers discovered the programming error and exploited it to steal fuel over the limit, resulting in various fuel thefts over the span of a year before the insured corrected the programming error. The insured invoiced the customer for the additional fuel, but the customer refused to pay.

Thereafter, the insured made a claim under its commercial property insurance policy. The policy provided insurance for direct physical loss to covered property, subject to a per “occurrence” deductible of $1,000. The insurer denied coverage for the fuel loss on the ground that each theft was a separate “occurrence,” the loss for which did not exceed the deductible for each occurrence. The insured disagreed and argued that the fuel thefts constituted one “occurrence” such that only one deductible applied to the entire loss.

The Eleventh Circuit agreed with the insurer’s interpretation of “occurrence,” which was an undefined term under the applicable coverage section of the policy. In so holding, the Eleventh Circuit noted that Florida law defines “occurrence” by the “immediate injury-producing act.” The injury-causing acts at issue consisted of numerous fuel thefts by different drivers from different fuel dispensers on different days over the course of a year. Because each of these acts was separated by “time and space,” each theft constituted a separate occurrence under the policy. Because it was undisputed that the loss associated with each theft did not exhaust the per occurrence deductible, the court granted summary judgment in favor of the insurer.