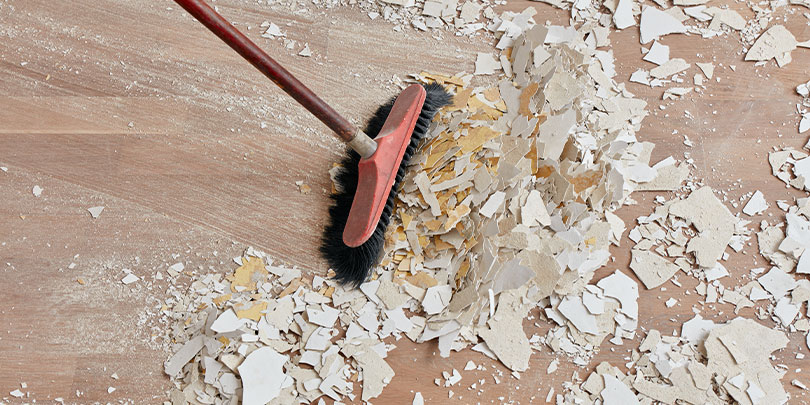 As the COVID-19 pandemic continues, so does the deluge of litigation stemming from property insurers’ denials of COVID-19 business interruption claims. Much of the debate between carriers and policyholders concerns whether the coronavirus or the COVID-19 shutdown orders caused “direct physical loss of or damage to” the insured’s property. The Eleventh Circuit’s recent opinion in Mama Jo’s Inc. v. Sparta Insurance Co., while not related to COVID-19, arguably supports the insurers’ position that COVID-19 business income claims are not covered under typical commercial property policies.

In Mama Jo’s, the insured owned and operated a restaurant, Berries, in Miami that was partial enclosed by a retractable awning, wall, and roof system. Between December 2013 and June 2015, construction on the road adjacent to Berries caused dust and debris to migrate into the restaurant. The restaurant remained open during the road construction but, while it maintained the ability to serve the same number of customers, customer traffic decreased during the roadwork. In addition, Berries was required to perform daily cleaning using normal cleaning methods, employing dustpans, hoses, rags, towels, and blowers.

In December 2014, Berries submitted an insurance claim to Sparta due to the dust and debris. Berries claimed that the dust and debris caused damage to the restaurant, requiring cleaning and painting of the floors, walls, tables, chairs, and countertops. It estimated these damages at $13,775.58. Berries also claimed lost income in the amount of $292,550.84, contending that its sales in 2014 were lower than expected due to the construction. Sparta denied the entire claim, taking the position that there was no “direct physical loss of or damage to property” as required to trigger the coverages.

Litigation ensued in the Southern District of Florida in 2017, during which Berries claimed newly discovered damages totaling $319,688.57 for replacement of the restaurant’s awning and retractable roof system, HVAC repairs, and replacement of lighting and audio systems. In support of these newly claimed damages, Berries relied on three experts to link the damages to the construction dust and debris that had been generated by the construction two years earlier.

In the district court, Sparta filed a motion to preclude the testimony of the three experts, and the parties filed cross-motions for summary judgment. The district court entered an omnibus order on all three motions. In the omnibus order, the district court first ruled that while Berries’ experts were qualified, their methodologies were unreliable and their testimony was speculative. Accordingly, the court struck the experts under Daubert. As to the cross-motions for summary judgment, the district court determined that, without the expert testimony, Berries could not prove that the newly claimed damages to the awnings, retractable roof, HVAC system, railings, and audio and lighting systems were caused by the dust and debris in 2014. The district court also ruled that Berries’ cleaning claim was uncovered because property that must be cleaned is not damaged and therefore has not sustained “direct physical loss.” Lastly, the district court concluded that the loss of income claim was not covered because Berries could not prove that it suffered a “necessary ‘suspension'” of its “operations” as the result of a “direct physical loss.”

On appeal, Berries first contended that the district court improperly struck its experts who linked the newly claimed damages to the construction dust and debris. The Eleventh Circuit disagreed, holding that the district court did not abuse its discretion in determining that the testimony of the experts was speculative and unreliable. The court further noted that, under Florida law, it is the insured’s burden to prove that the insured suffered loss to property while the policy was in effect. Because the experts were properly stricken, the court agreed that Berries could not prove that the alleged damages to the awnings, retractable roof, and audio and lighting system were caused by the construction dust and debris in 2014. Thus, it affirmed summary judgment in Sparta’s favor on the newly claimed damages.

Next, Berries argued that the district court erred in concluding that “direct physical loss” did not include cleaning, but instead required a showing that the property be rendered uninhabitable or unusable. The Eleventh Circuit again disagreed, affirming that under Florida law an item or structure that needs to be cleaned has not suffered a “loss” that is both “direct” and “physical.” The court noted that Florida’s Third District Court of appeal previously held in Homeowners Choice Property & Casualty v. Maspons, 211 So. 3d 1067 (Fla. 3d DCA 2017), that “loss” is the diminution in value of something and that “direct” and “physical” modify loss and require that the damage be actual. The court also cited cases from other jurisdictions holding that direct physical loss contemplates an actual change to the insured property. Consequently, the court determined that the district court correctly granted summary judgment to Sparta on Berries’ cleaning claim due to the lack of “direct physical loss.”

Moving to the business income loss claim, the court noted that this coverage required a “suspension” of operations during the “period of restoration” that was “caused by a direct physical loss of or damage to property.” Berries asserted that the district court erred in determining that Berries did not suffer a “suspension” of operations because it ignored evidence that Berries was required to close sections of the restaurant for cleaning. According to the Eleventh Circuit, while a slowdown caused by closing parts of the restaurant could conceivably be attributed to a “period of restoration,” the policy still required the “suspension” to be caused by “direct physical loss of or damage to property.” Because the court had already determined that Berries’ cleaning claim did not constitute “direct physical loss,” it concluded that the district court properly granted summary judgment in Sparta’s favor on Berries’ business income claim.

While policyholders will attempt to distinguish the Mama Jo’s dust from the coronavirus, MamaJo’s should support insurers’ positions that COVID-19 has not caused “direct physical loss of or damage to” any property. Just like the dust and debris, even if the coronavirus was present at an insured location, it could be easily cleaned and removed. Similarly, the coronavirus has not rendered any property “uninhabitable or unusable,” as Mama Jo’s held was required under Florida law. Accordingly, Mama Jo’s will be cited by insurers to support the position that COVID-19 does not constitute “direct physical loss of or damage to” property.