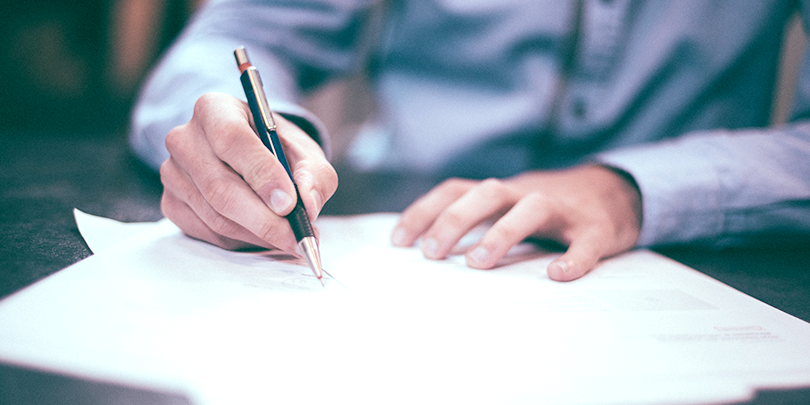 As we have reported, an assignment of benefits (AOB) is a legal tool that allows a third party, like a contractor, to be paid for services performed, like repairs following an insured loss, for an insured property owner who would normally be reimbursed by the insurance company directly after making a claim. Most AOBs allow the contractor to stand in the shoes of the property owner for insurance collection purposes. Such post-loss assignments are enforceable in most states.

With the rising use of AOBs in the context of property insurance claims, insurance companies have looked for ways to limit the potential perils associated with such assignments. One concern with post-loss assignments is the possibility that the insurer will have competing demands for insurance proceeds. Accordingly, some insurers have sought to add language to their policies which conditions any post-loss assignment on the consent of all insureds, additional insureds, and mortgagees.

Late last year, Florida’s Fifth District Court of Appeal affirmed the order of the Commissioner of the Office of Insurance Regulation (OIR), that disapproved an insurer’s request to amend its policy language to add such a condition. Security First Insurance Company v. Florida Office of Insurance Regulation, Case No. 5D16-3425 (Fla. 5th DCA Dec. 1, 2017). This week, Florida’s Fourth District Court of Appeal reached the opposite result, creating a conflict among the Florida district appellate courts, which may lead the Florida Supreme Court to weigh in on the issue.

In Restoration 1 of Port St. Lucie v. Ark Royal Insurance Company, Case No. 4D17-1113, (Fla. 4th DCA Sept. 5, 2018), the Fourth District Court of Appeal enforced a policy condition stating, “No assignment of claim benefits, regardless of whether made before a loss or after a loss, shall be valid without the written consent of all ‘insureds’ all additional insureds, and all mortgagee[s] named in this policy.”

Ark Royal issued a policy to John and Liza Squitieri in 2012, which had a condition requiring the consent of all insureds and mortgagees on any assignments. Four years later, following a water loss, Ms. Squitieri contracted with Restoration 1 to repair the water damage and purported to assign “any and all insurance rights, benefits, proceeds and any cause of action under any applicable insurance policies,” to Restoration 1 without the consent of her husband or their mortgagee, PNC Bank, N.A. When Ark Royal refused to pay the full amount claimed by Restoration 1, Restoration 1 sought a declaration that the clause requiring consent of all insureds and mortgagees contravened Florida public policy. The trial court granted Ark Royal’s motion to dismiss based on the plain language of the policy.

On appeal, the district court stated that “the narrow question presented in the instant case is whether common law or public policy prohibits an assignment of benefits provision in an insurance contract that requires the consent of all the insureds and the mortgagees before any assignment.”

In analyzing this issue, the court acknowledged that the Fifth District had found such a condition unenforceable. It noted, however, that in this case, there was no disapproval by the OIR. The OIR had not indicated a disapproval of the specific language at issue “even though it is statutorily required to retroactively disapprove of any policy forms that do not meet the requirements of the insurance code.” Fla. Stat. §§ 627.410(3), 627.411(1) (2018).

The court then looked at the long-standing Florida Supreme Court decision on which the Security First decision relied in holding that anti-assignment provisions do not apply to a post-loss assignment. In doing so, the Fourth District noted that its sister court had misquoted, and thereby overstated, the holding in West Florida Grocery Co. v. Teutonia Fire Ins. Co., 77 So. 209 (Fla. 1917). There, the Florida Supreme Court stated, “it is a well-settled rule that the provisions in a policy relative to the consent of the insurer to the transfer of an interest therein does not apply to an assignment after loss.” West Florida Grocery, 77 So. At 210-11 (emphasis added). The Fifth Circuit concluded, “[t]hus, by its plain terms, West Florida Grocery does not stand for the proposition that any restriction is per se invalid.”

The Florida Supreme Court in West Florida Grocery had held that a condition purporting to condition a post-loss assignment on the consent of the insurer was superfluous because the insurer did not have an interest in who it ultimately paid for the loss. Conversely, here, Ark Royal argued that its provision was not superfluous because all insureds, as well as the mortgagee, have an interest in making sure repairs were properly performed on the property.

In considering the enforceability of the assignment provision in the policy, the court noted that it “begin[s] with the premise that, generally, absent ‘some great prejudice to the dominant public interest’ or specific pronouncement by the Florida Legislature, courts strive to uphold the parties’ freedom of contract.” Quoting Bituminous Cas. Corp. v. Williams, 17 So.2d 98, 101 (Fla. 1944).  The court then held:

The contract here does not prohibit assignment – it imposes a condition, requiring the approval of all insureds and the mortgagee.  We cannot say that this restriction (as distinct from the restriction addressed by West Florida Grocery and its progeny) creates “some great prejudice to the dominant public interest.”

Certified Conflict Between the District Courts of Appeal

This decision is not final until any motion for rehearing is resolved, but it sets the stage for possible review by the Florida Supreme Court. Indeed, the Fourth District concluded by stating: “To the extent that the First District in Security First has expanded upon West Florida Grocery, we certify conflict.” While any review by the Florida Supreme Court is discretionary, and it may not immediately take up an issue that has only been addressed by two district courts of appeal, the likelihood of review being granted is better when a district appellate court has acknowledged a conflict.

This issue will also likely be addressed by the Florida Legislature. Both district courts of appeal have stated that any public policy concerns raised by the enforceability of AOBs should be addressed by the legislature, though, as we have previously discussed, there have been AOB bills before the Florida Legislature that have not passed. Until a bill is passed, insurers must continue to deal with the potential issues raised when an assignment is involved, including the scope of any assignment and necessary scope of any corresponding claim release, and the extent to which the insured should be involved in the adjustment notwithstanding the assignment. This case, however, should help insurers argue that at least some conditions on post-loss assignments are enforceable.

Underlying Assertion of Negligent Misrepresentation Is Not Necessarily an Occurrence