You are here: Home / Additional Insured / “Mend the Hold”: A Nineteenth-Century Wrestling Doctrine Keeps its Grip on Coverage Litigation in the WWE Era 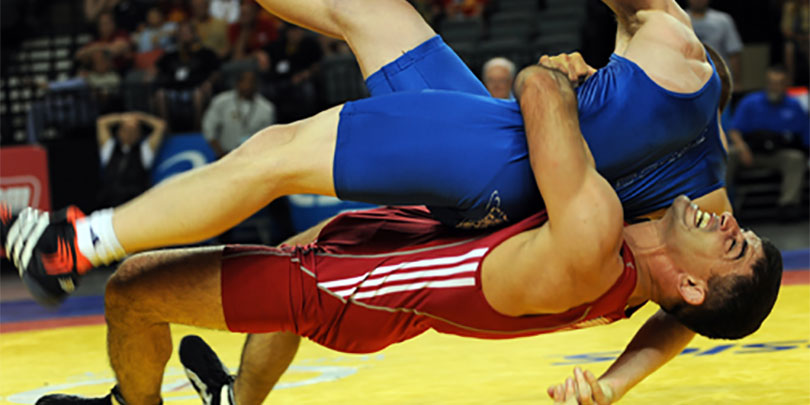 The issue confronting an Illinois appellate court in BNSF Railway Company v. Probuild North LLC, No. 1-12-3648 (Ill. App. Ct.  June 11, 2014), was not uncommon.  The plaintiff sought coverage from its insurer under a commercial general liability policy.  In defending the suit, the insurer asserted a different defense from the one it had identified in its original denial letter.  The plaintiff argued that the insurer was estopped from changing its rationale for denying coverage.

The resolution of that argument turned on a rule you might not know:  the “mend the hold” doctrine.  The court held that Illinois adheres to a minority version of the rule, which permits insurers to change positions, so long as they act in good faith.  Most states that apply the rule are less forgiving.

Mend the hold applies to disputes over the non-performance of a contractual obligation.  In its strictest formulations, mend the hold prohibits the non-performing party from asserting any defense or explanation for its conduct, other than the one it gave at the time of non-performance.  E.g., Village of Bellaire v. Ohio Unemployment Compensation Review Commission, 2011 WL 4609185 (Ohio Ct. App. Sept. 26, 2011).

It all started in 1877, with Ohio & Mississippi Railway Company v. McCarthy, 96 U.S. 258 (1877).  In that case, the railroad had agreed to transport 16 car-loads of cattle from East St. Louis to Philadelphia.  The cows arrived in Cincinnati on a Sunday morning, but the railroad refused to move them on to Baltimore until the following day, and only after the plaintiff agreed to sign a “new and onerous” contract.  At trial, the railroad offered evidence that it had had no cars available until Monday.  On appeal, it argued that it should also have been permitted, after the close of evidence, to advise the jury about a West Virginia statute prohibiting the shipment of cattle on the Sabbath.  Rejecting that argument, the Supreme Court said:

Where a party gives a reason for his conduct and decision touching any thing involved in a controversy, he cannot, after litigation has begun, change his ground, and put his conduct upon another and a different consideration.

Although some courts have expressed doubts about the continued viability of mend the hold (see, e.g., Daiwa Special Asset Corp. v. Desnick, 2002 WL 1997922 (S.D.N.Y. Aug. 29, 2002) (“[t]he last reported New York case … was a 1970 case of a high school wrestler that had precious little to do with contracts”)), it continues to stand as binding precedent in more than a dozen states, including New Jersey, Texas and Washington.

In most of these states, the doctrine prohibits a defendant in a lawsuit from defending its conduct on a ground that differs from the explanation (or explanations) it gave before litigation began.  E.g., Vision One, LLC v. Philadelphia Indemnity Ins. Co., 276 P.3d 300, 309 (Wash. 2012).  A small minority of states apply the doctrine more narrowly, refusing to allow new defenses only where the defendant’s change in position constitutes bad faith.  E.g., Roof Systems, Inc. v. Johns Manville Corp. 130 S.W.3d 430, 442-43 (Tex. Ct. App. 2004).

The doctrine is not limited to insurance disputes, but the requirement that insurers provide written explanations for denying coverage makes its importance for coverage claims obvious, and it often arises in that context.  See, e.g., Karpenski v. American General Life Cos., 2014 WL 1338088 (W.D. Wash. April 2, 2014).  A few courts have been careful, however, not to apply the doctrine to a defense based on lack of coverage; that is, they do not permit mend the hold to trump the equally venerable common law rule that coverage cannot be created by estoppel.  E.g. Erickson v. Carhart, 1996 WL 674334 (Neb. Ct. App. Nov. 19, 1996).

Mend the Hold in the Prairie State

Illinois, the adopted home of a distinguished 19th-century grappler, takes something of a middle ground; it does not limit a party to defenses that were asserted before litigation began.  It may prevent a defendant from changing positions after the early stages of a lawsuit, but only if the defendant was “without a good reason to do so,” and only if the plaintiff is prejudiced by the change of position.  E.g., Ryerson Inc. v. Federal Ins. Co., 676 F.3d 610 (614 (7th Cir. 2012).  In Ryerson, Judge Posner found that the insured plaintiff had not been prejudiced, because the defendant insurer’s denial letter had reserved its right “to add supplemental grounds for the denial.”  Id.

This is the rule that governed last month, in the BNSF Railway case.  When BNSF sought coverage for an employee’s wrongful death action, its insurer denied the claim, on the ground that the portion of railroad track where the employee met his end was not covered by the agreement under which the policy had been issued.  The insurer then changed its position, asserting a stronger defense based on an employee exclusion in the policy itself.

BNSF cried “mend the hold,” but the court laid a smackdown on that argument.  The court held that “[n]othing in [the insurer’s] conduct shows bad faith,” noting that the argument based on the location of the accident did not conflict with the one based on the employee exclusion.  The court also noted that the insurer had asserted both arguments before the lawsuit had been filed, and that “Illinois courts applying the doctrine have stated the rule as one that precludes a party from changing the grounds for its action ‘after litigation has begun.’”

Drafting denial letters is a risky business.  Under the best of circumstances, it requires insurers to steer a path between the hammerlock of naming too many defenses (which can lead to accusations of bad faith) and the neck crank of listing too few (which can result in a waiver).  The mend the hold doctrine is an additional peril that can leave insurers in an anaconda choke.  Learning the scope of the doctrine in the state whose law will govern any future litigation will usually be well worth the effort.

Louisiana’s Direct Action Statute Does Not Modify Terms of Coverage