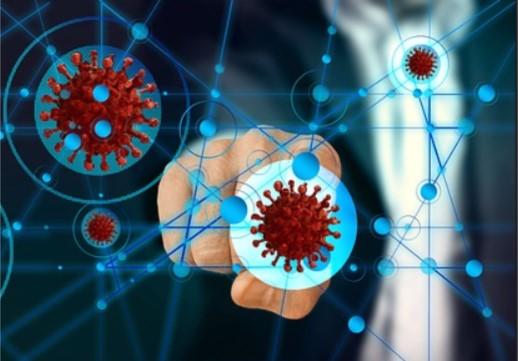 We previously described a proposed New Jersey bill that was introduced to the state assembly in March 2020 that would require insurers to cover business interruption losses related to the novel coronavirus pandemic. Almost a year later, the proposed bill has yet to be voted on by the legislature — and the stalled bill is causing significant roadblocks for policyholders who wish to rely on it to escape the application of virus exclusions in property insurance policies to COVID-19 insurance claims.

In a recent decision, Causeway Automotive LLC v. Zurich American Insurance Co., the U.S. District Court for the District of New Jersey held that an insurance policy’s virus exclusion barred a group of car dealerships from obtaining coverage from Zurich for losses sustained as a result of COVID-19, rejecting, among other arguments, the dealers’ argument that the provision is contrary to New Jersey public policy.

The plaintiffs, a group of automobile dealers operating a family of dealerships located in Manahawkin, New Jersey, were insured under a policy issued by Zurich, which covered “direct physical loss of or damage to Covered Property at the premises … caused by or resulting from any Covered Cause of Loss.” The Zurich policy also provided coverage for business income and extra expense “caused by action of civil authority.” The plaintiffs claimed that since the issuance of Gov. Murphy’s executive orders in March 2020, which declared a state of emergency and public health emergency in response to COVID-19 and required the closure of brick-and-mortar premises of all non-essential retail businesses, the plaintiffs have been unable to operate their dealerships in the normal course of business as the public is prohibited from accessing their buildings, showrooms, and premises. As a result of the executive orders, the plaintiffs claimed they lost customers, patrons, vendors, suppliers, supplies, and other essential physical materials necessary to operate their dealerships.

In May 2020, the plaintiffs submitted a claim under the Zurich policy for its losses, which was denied by Zurich on the basis that a virus exclusion in the policy precluded coverage for loss or damage caused by or resulting from any virus, bacterium, or other microorganism that induces or is capable of inducing physical distress, illness, or disease.

Zurich timely removed the action to federal court and moved to dismiss the complaint on the grounds that the plaintiffs’ losses were caused by COVID-19 and were therefore precluded from coverage by the policy’s virus exclusion.

The plaintiffs first argued that the virus exclusion was ambiguous, claiming it is susceptible to multiple meanings and thus should be interpreted in the plaintiffs’ favor. Rejecting the plaintiffs’ argument, the court noted that “simply presenting two conflicting meanings of a provision does not render it ambiguous.”

The plaintiffs also argued that the COVID-19 virus was only one cause in a sequence of events that led to their losses — that the governor’s executive orders were the efficient proximate cause of the plaintiffs’ losses — so the virus exclusion would not apply. Employing the efficient proximate cause test, more commonly known as the “Appleman’s rule,” the court once again rejected the plaintiffs’ arguments, finding that the executive orders and the virus are so inextricably connected that it is undeniable the executive orders were issued because of the COVID-19 virus. Accordingly, the court held the virus exclusion barred coverage.

The plaintiffs tried to save their claim on the basis that the reasonable expectations of the insureds warranted setting aside the virus exclusion and that, relatedly, the virus exclusion is contrary to New Jersey public policy, which disfavors a generic virus exclusion for losses suffered by New Jersey business owners as a result of the COVID-19 pandemic. Recognizing that the New Jersey Supreme Court would enforce a clear and unambiguous policy exclusion according to its plain language unless it violated public policy and the objectively reasonable expectations of the insured, the court found that the virus exclusion should not be set aside because there was no allegation in the complaint that demonstrated why the plaintiffs would have expected losses caused by COVID-19 to be covered under the policy.

While the bill’s proposal may demonstrate the beliefs of some legislators in the State of New Jersey as to what the State’s public policy on virus exclusions in commercial insurance policies should be, the mere existence of a proposed bill does not demonstrate that public policy, currently, precludes application of virus exclusions in the context of the COVID-19 pandemic.

Thus, the court enforced the policy as written and refused to “make a better contract for either of the parties than that which they chose to make for themselves.”