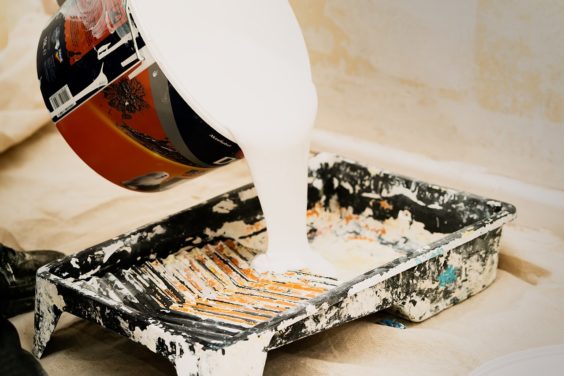 In Certain Underwriters at Lloyd’s, London v. NL Industries Inc., a New York Supreme Court recently ruled that paint maker NL Industries Inc. may seek insurance coverage for its almost $102 million share of a settlement, stemming from a suit over the negative impact of the use of its lead-based paint in California homes and buildings.

A Case 20 Years in the Making

The underlying suit was first filed in 2000 by certain California counties that sought to hold a number of gasoline, paint, and chemical companies responsible for what they called a “massive public health crisis” caused by lead in California homes and public buildings. Among the named companies were NL Industries, Conagra, and Sherwin-Williams.

A fourth amended complaint was filed in March 2011 on behalf of California residents, alleging that the production and sale of the lead-based paint created a public nuisance. The nuisance claim proceeded to trial in 2013.

Following the nuisance trial, in 2014, a California judge ordered NL Industries, Conagra, and Sherwin-Williams to pay $1.15 billion to fund a government-run program to address health risks posed by lead paint in homes. Three years later, in November 2017, a California state appeals court affirmed that the companies were liable. However, the trial court’s judgment was squashed after the appeals court found evidence that the companies did not promote lead paint after 1951. The California Supreme Court declined review of the case.

In July 2019, NL Industries, Conagra, and Sherwin-Williams reached a $305 million settlement with the counties and cities, holding each company responsible for a one-third share. The money was to be placed in an abatement fund that would be used to address hazards related to lead paint.

A number of NL Industries’ insurers had previously filed suit in 2014, seeking a declaration that they were not obligated to cover any of the company’s legal expenses. One month after the $305 million settlement was announced, the insurers filed a motion for summary judgment.

The motion for summary judgment, filed in New York by more than 50 of NL Industries’ commercial general liability insurers, argued that NL Industries’ payment fell within an exclusion of losses “expected or intended” by the insured. The insurers argued that a California trial and appeal courts found that the company had actual knowledge of the potential hazards of its paint, yet continued to promote it. This theory was rooted in New York’s “fortuity doctrine,” which states that insurance is unavailable for a policyholder who “knows of, planned, intended or is aware of” the losses. Aside from invoking this doctrine, the insurers also argued that the settlement payment was not a covered damage under the policy and that the payment was not tied to a holding finding that NL Industries is liable for property damage or bodily injury. The court rejected both arguments and denied the insurers’ motion for summary judgment.

First, with respect to the fortuity argument, the court noted that the standard is the intention to cause injury. However, the insurers did not come forward with evidence demonstrating that NL Industries intended to cause harm when it promoted lead paint.

Second, the court held that NL Industries’ payment in the abatement fund qualified as damages under the policy terms, noting that other courts have held that a company’s payment to help clean up environmental pollution constitutes damages. The court also held that the payment could be reasonably tied to bodily injury or property damage because there was a connection between the physical injuries and property damage, and the promotion of the lead paint.