You are here: Home / Damage/Loss / A Plague A’ Both Your Clauses: Insurance Probably Won’t Cover Businesses Stung By Zika 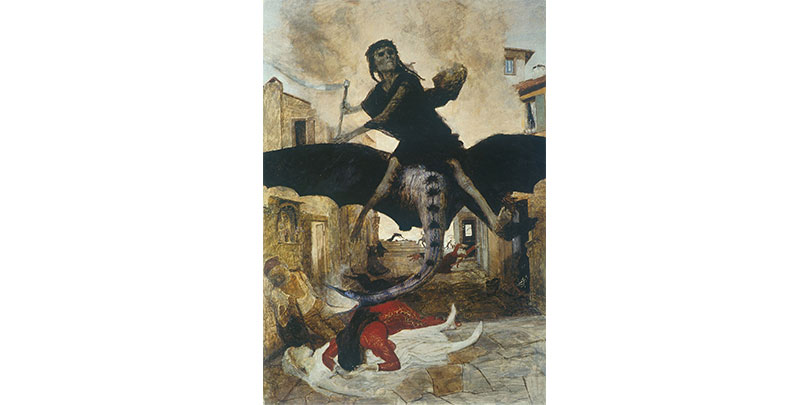 During the past several months, Zika virus has rapidly spread across Latin America and into the United States. While Congressional action has stalled, the Centers for Disease Control and Prevention (CDC) has issued a number of travel warnings, including one stating that “[p]regnant women should not travel” to the popular Wynwood neighborhood of Miami. This warning will almost certainly harm the many restaurants, art galleries and retail shops that cater to Wynwood’s vibrant arts scene—and many of those businesses will be looking to their insurers to make them whole. But Zika differs from the natural disasters that have historically been responsible for widespread business interruptions, and the policies of most of Wynwood’s merchants are unlikely to provide coverage for this event.

The Zika virus is a relative of the dengue, yellow fever and West Nile viruses, named for the Ugandan forest where it was first isolated about 70 years ago. During the past year, it has been carried across Brazil and Central America by the Aedes aegypti, among other mosquitoes, and definitively associated with microcephaly in the children of infected mothers and Guillain–Barré syndrome in adults.

According to the CDC, as of July 27, 2016, 1,657 travelers had entered the United States after having been infected by Zika in other countries. (Hundreds of such cases were found in each of New York and Florida.) At that time, no person had contracted the virus through mosquito transmission within the U.S. By August 1, that statistic had changed: Florida officials identified 14 cases of mosquito-borne Zika virus, all of them in the Wynwood neighborhood of Miami.

Twenty years ago, Wynwood, hard by I-95 and north of downtown, was a collection of run-down warehouses, shuttered factories and empty storefronts. Today, it is a thriving district—the hub of visual arts in Miami—with galleries, retail shops, restaurants, bars, an urban park and the Wynwood Walls: block after block of graffiti and other art work, painted on 80,000 square feet of the walls of those once-abandoned commercial structures. Wynwood has become a must-see tourist destination—with walking tours of the Wynwood Walls and monthly gallery walks—as well as the go-to neighborhood for Miami’s young and hip, with an art-inspired nightlife featuring outdoor patios and al fresco dining. And now it’s home to Aedes aegypti.

The Florida Department of Health has identified Wynwood as ground zero for mosquito-borne Zika in Miami: all 14 cases identified on August 1 were found in Wynwood. In response, the CDC issued a travel advisory, stating (among other warnings) that “pregnant women should not travel to” Wynwood, and that couples who have visited the area should wait at least 8 weeks before trying to get pregnant.

According to the New York Times, this is the first time the CDC has warned people not to travel to a location in the continental U.S. In general, the CDC warns anyone in an area where mosquito-borne Zika virus is present to stay in screened-in or air-conditioned rooms.

The presence of infected mosquitoes and the publicity surrounding the CDC’s warning are likely to have a devastating effect on Wynwood’s outdoor cafes, walking tour companies, art galleries and other businesses that rely on a steady stream of foot traffic. Most of these businesses are insured by commercial property or “all-risk” insurance policies that provide (among other things) coverage for business interruption. Other tourist-dependent businesses have been shut down by natural disasters, such as Sandy and Katrina, and many of them were reimbursed by their insurers. Can a business owner in Wynwood look to her business interruption coverage to make up the economic losses caused by a mosquito-borne pestilence?

The answer is probably “no.”

Business interruption coverage pays the cost of restoring normal operations—as well as the profits lost before the restoration is complete—after a covered event has temporarily prevented an insured business from carrying out its regular commercial activities. A typical provision covering lost income reads something like this:

We will pay the actual loss of ‘business income’ you sustain due to the necessary suspension of your ‘operations’ during the ‘period of restoration.’ The suspension must be caused by direct physical loss of or damage to Covered Property and result from a Covered Cause of Loss.

Thus, a typical provision contains critical limitations: not every “suspension of operations” will trigger coverage. Rather:

Furthermore, although the CDC’s domestic travel advisory may be unprecedented, insurance claims based on government warnings that suppressed an insured’s business have been litigated before. In 2006, the FDA issued an alert, advising consumers not to eat “bagged fresh spinach,” due to an outbreak of E. coli that was potentially linked to that product. A company called Fresh Express, Inc., which was the nation’s largest supplier of bagged spinach, immediately stopped harvesting, processing and distributing the vegetable. Two weeks later, after the source of the outbreak had been identified, the agency withdrew its alert. Fresh Express was not the source of the E. coli outbreak, and it had not sold contaminated spinach, but it nevertheless suffered a significant loss of business from the temporary withdrawal of its product. In Fresh Express Inc. v. Beazley Syndicate, 131 Cal. Rptr. 3d 129 (Cal. App. 2011), the company sought to recover those losses under a “Total Recall and Brand Protection” insurance policy, after the insurer had denied coverage.

Fresh Express argued that the “Insured Event” in this case was its withdrawal of spinach, following the recognition that there was “reasonable cause to believe” its products had caused or would cause harm. In the company’s view, “[n]othing in the Policy require[d] that the products actually cause the outbreak.”

Reversing a verdict in the policyholder’s favor, a California Court of Appeal held that the withdrawal of the company’s product in response to an FDA advisory was not an “Accidental Contamination” (and, therefore, not an “Insured Event”) within the meaning of the policy, because it had not involved an error in the processing or preparation of Fresh Express’s own spinach.

In other words, the language of the policy did not extend coverage to market conditions or product scares that originated outside the operations controlled by the insured. The same might be said of the property damage requirement in a typical business interruption clause.

Another problem potentially confronting Wynwood’s businesses is that many first-party property policies contain “loss of market” exclusions. Such an exclusion typically reads something like this:

This policy does not insure against loss or damage caused directly or indirectly by loss of market.

“The loss of market exclusion relates to losses resulting from economic changes occasioned by, e.g., competition, shifts in demand, or the like….” Duane Reade, Inc. v. St. Paul Fire & Marine Ins. Co., 279 F. Supp. 2d 235, 240 (S.D.N.Y. 2003). Wynwood’s Zika scenario would seem to involve precisely this kind of loss. Thus, even without the standard limitations on business interruption coverage, business owners might still find that the loss of tourism in Wynwood falls within an express exclusion in their polices.

What about the fact that a government agency has advised people to avoid Wynwood? As Superstorm Sandy bore down on the East Coast in October 2012, state authorities issued mandatory evacuation orders, affecting thousands of businesses that suspended operations and shuttered their stores, restaurants and offices. Many first-party property policies with business interruption coverage contain so-called “civil authority” clauses, which provide coverage for actual losses sustained when access to real property is prohibited by order of civil or military authority. Importantly, this coverage applies, even if the covered property suffers no damage during the period when access is prohibited. Mandatory evacuations, government-imposed curfews and the like are the kinds of events that potentially trigger civil authority provisions.

This type of provision is typically limited, however, in two ways.

First, access to the covered property must have been prohibited because of a covered peril affecting property of the same type—for example, potential storm damage to restaurants and shops. Second, the insured peril must have occurred within a specific radius—1 mile, 5 miles, etc.—of the insured’s property.

Sometimes, policyholders argue that the government has constructively barred access to their businesses. After the attacks on the World Trade Center on September 11, 2001, for example, many business sought coverage for lost income that was unrelated to the physical destruction in lower Manhattan, but, rather, resulted from the temporary ban on air travel imposed by the Federal Aviation Administration. In Paradies Shops, Inc. v. Hartford Fire Ins. Co., 2004 WL 5704715 (N.D. Ga. Dec. 15, 2004), an operator of airport retail shops at locations around the country sought coverage for its lost income, contending that the FAA had effectively prohibited access to its shops, since it had deprived the public of any reason to visit an airport.

The court found, however, that the plaintiff failed to prove that access to any of the shops had been specifically prohibited by any civil authority. Additionally, the court found that the plaintiff could not show that the FAA’s order was issued as a result of the danger of physical loss to similar properties. Rather, the “ground stop order was issued as a result of the threat of additional terrorist acts involving the nation’s airlines….” Coverage, in short, was unavailable. See also Southern Hospitality, Inc. v. Zurich American Ins. Co., 393 F.3d 1137 (10th Cir. 2004) (rejecting claim for coverage under civil authority provision, where travelers were unable to reach hotels because of grounding of flights); Syufy Enterprises v. Home Ins. Company of Indiana, 1995 WL 129229 (N.D. Cal. March 21, 1995) (rejecting civil authority-based business interruption claim for movie theater owner affected by post-riot curfew, because “the general curfews did not prohibit access to the theaters because of damage to adjacent property”).

The presence of Zika virus in Wynwood has potentially tragic consequences. It will certainly have a detrimental effect on businesses that rely on foot traffic, tourists, diners and club-goers. But it does not appear that traditional insurance vehicles afford any coverage for the income those businesses will almost certainly lose.

Washington Court Finds Coverage For “Collapse” Is Not Set In Stone

Greed is Not Good: The Personal Profit Exclusion