You are here: Home / ACV/Replacement Cost / Property Insurance Law 101 – A Primer from Texas 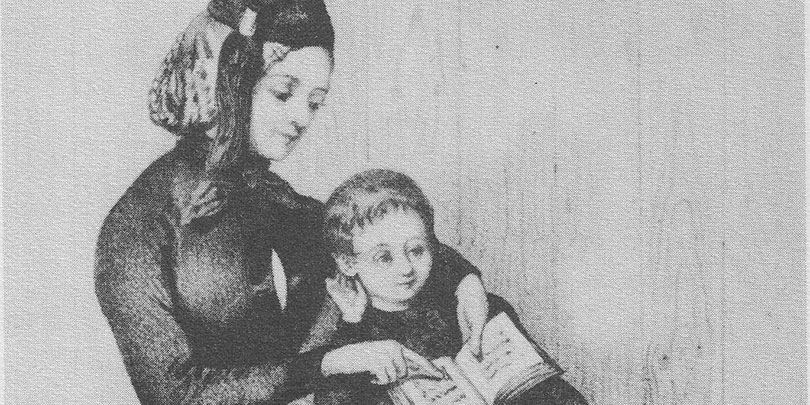 Alibi’s, a nightclub and restaurant, was open nightly from 6:00 p.m. to 2:00 a.m. and featured Karaoke on Sundays.  It was founded by Brian O’Quinn, who, in his capacity as President and Director of Cahoots Entertainment, Inc., which owned the business, entered into a lease with the owner of the premises, Wallace Debes.

It was Brian’s wife, Danna O’Quinn, who purchased the club’s insurance policy: a commercial property policy from General Star, which identified “DANNA O’QUINN DBA: ALIBI’S” as the named insured.  Danna was neither an owner nor an officer of Cahoots, but she managed the club along with her husband.  The policy permitted the insured to claim losses either “on an actual cash value basis” or on a “replacement cost basis.”  However, the insurer would not pay on a replacement cost basis “(1) until the … damaged property is actually repaired or replaced and (2) unless the repairs or replacement are made as soon as reasonably possible after the loss or damage.”  One difference between these two approaches is that the actual cash value (ACV) of a property may be reduced to take account of depreciation.

After the club’s interior was damaged by fire in July 2011, Danna filed a claim under the policy.  In February 2012, the insurer issued a final payment of $429,211, based on ACV.  This amount reflected depreciation of $139,296.  Before accepting the payment, Ms. O’Quinn signed a Policyholder’s Property Damage Release, which released

any and all claims, demands, actions, liens or causes of action of any kind whatsoever, founded in tort, common law, statute, contract or otherwise, including common law and statutory bad faith claims and claims arising under the Texas Deceptive Trade Practices Act and Sections 541 and 542 of the Insurance Code.

However, Ms. O’Quinn expressly reserved the right to pursue “a supplemental claim for additional damages, if discovered.”

After receiving that payment, Ms. O’Quinn demanded additional payments, including payment for the amount that had been withheld as depreciation.  When the insurer refused, she filed a suit alleging breach of contract, bad faith, negligence and violations of certain insurance and consumer statutes in Texas.

Mr. Debes, the landlord, also made a claim under Ms. O’Quinn’s policy.  General Star denied the claim, and Mr. Debes filed a lawsuit of his own.

Lesson 1:  “I” is for Insurable Interest

In Ms. O’Quinn’s lawsuit, the insurer moved for summary judgment on the ground that Danna, who was neither an owner or an officer of the corporation that owned and operated Alibi’s, had no insurable interest in the club.  (The insurer did not seek to recover its own payment on this basis; it claimed only that Ms. O’Quinn was barred from pursuing additional payments.)

The U.S. District Court for the Eastern District of Texas disagreed, explaining that insurable interest is not equivalent to legal title.  Under Texas law, “[a]n insurable interest in property exists when the insured party derives pecuniary benefit or advantage by the preservation and continued existence of the property or would sustain pecuniary loss from its destruction.”  Ms. O’Quinn testified that she and her husband intended ownership of Alibi’s to be “a partnership between the two of them,” and that the club was her primary source of income.  The court found, therefore, that the club was “owned by Cahoots Entertainment, but for the use and benefit of [Danna] and her family.”  The “pecuniary loss” Ms. O’Quinn had suffered from the destruction of Alibi’s gave her an insurable interest in the property.

Not every jurisdiction construes insurable interest this broadly.  But this was Texas, and this portion of the insurer’s motion was denied.

Lesson 2:  “R” is for Repair, Not Replacement Costs

Because Ms. O’Quinn failed to offer any evidence that she had completed repairs to Alibi’s, the court granted the insurer’s motion for summary judgment.  Under the clear and unambiguous language of the Replacement Cost provision, Ms. O’Quinn could not recover more than the ACV of the damaged property, which the insurer had already paid.

The court also found another reason to grant the insurer’s motion:  Ms. O’Quinn had already released her claim.

Ms. O’Quinn argued that her release had reserved the claims in her lawsuit—that is, that she was asserting a “supplemental claim for additional damages, if discovered.”  She claimed the amount of her final payment had been based on two “miscalculations,” totaling more than $60,000, and that she had not yet discovered these miscalculations at the time of the release.  The argument failed.  The court found that the miscalculations were not “additional damages,” because “the plaintiff was aware of all estimates involved in the negotiation of the payment and agreed to the calculations.”

The court explained that, under Texas law, a release surrenders legal rights or obligations between the parties to an agreement.  It held:  “Because the release specifically mentions the claims the plaintiff is barred from bringing, the plaintiff is prevented from bringing not only claims under the Texas Insurance Code, but also contract, negligence and good faith and [fair] dealing claims.”

Lesson 4: “T” is for Third-Party Beneficiary

Meanwhile, in state court, Ms. O’Brien’s landlord was appealing an award of summary judgment against him, asserting there was a genuine issue of fact as to whether he was a third-party beneficiary of Ms. O’Brien’s policy.

The trial court had found that Mr. Debes lacked standing to assert a claim against General Star for breach of the insurance contract.  To establish standing to assert such a claim in Texas, “a party must prove its privity to the agreement or that it is a third-party beneficiary.”  Mr. Debes could not establish privity, because he was not a signatory to the policy, because the policy did not name him as an insured or an additional insured, and because Ms. O’Brien had never assigned any of her rights under the policy to the landlord.  Consequently, Mr. Debes’s case depended on his assertion that he was a third-party beneficiary.

As the Court of Appeals explained,

The court then found that the language of the policy “does not contain any language that clearly and fully spells out an intent … to confer a direct benefit on Debes.”  The policy did provide that the insurer “may adjust losses with the owners of lost or damaged property if other than you,” but the court found that General Star thereby “reserve[d] the right” to pay the owner of covered property directly, while “assum[ing] no obligation” to do so.

Mr. Debes contended, however, that the policy was purchased for the purpose of satisfying an obligation under the Alibi’s lease, and that this raised a genuine issue of fact as to whether he was a third-party beneficiary.  That argument was foiled by the fact that Mr. O’Quinn had signed the lease, on behalf of Cohoots Entertainment, while it was Mrs. O’Brien who was insured under the policy.  Because the lease imposed no contractual obligation on the insured, Danna, General Star’s performance under the policy could not satisfy any obligation that the insured owed to Mr. Debes.

Finally, Mr. Debes argued that he will become a third-party beneficiary under the policy—as soon as he obtains a judgment in another lawsuit he has brought against Cahoots and Mr. and Mrs. O’Quinn.  In effect, by extending the concept of a third-party beneficiary, Mr. Debes was asserting the right to bring the kind of direct action that some states permit against liability insurers, but in connection with first-party property insurance.

The Court of Appeals was unwilling to move that far, and it defended its position by reviewing some insurance basics (citations omitted):

Unlike third-party liability policies, first-party property insurance policies are intended solely to indemnify the insured for his actual monetary loss by the occurrence of the disaster.  Because the policy in the present case is a first-party policy, the purpose of which is to indemnify the insured … for her own direct losses, we find the rule established in [the third-party liability context] to be inapplicable to the present case.

“So What?”: Montana’s Supreme Court Turns a Deaf Ear to Insurers Charged With Breaching the Duty to Defend