You are here: Home / General Liability / Will Insurance be the Death of Football? Market Constricts Amid Brain Injury Concerns 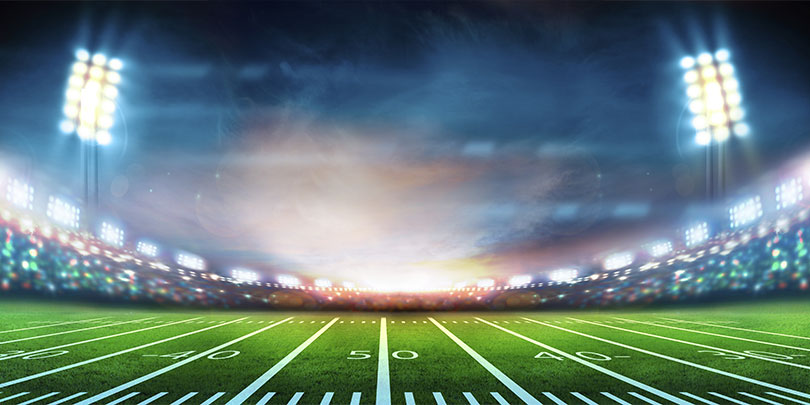 If you’re a football fan, you probably know that the NFL, despite its continued success, has had to address a range of problems and scandals over the past few years. Those problems range from off-season domestic violence incidents to on-the-field issues involving free speech by players and blown calls by officials. Indeed, the professional football world is currently up in arms over a bad no-call during a key play in a conference championship game that may have cost the New Orleans Saints a trip to the Super Bowl. Despite being criticized and potentially taking a popularity hit that has affected its bottom line, the NFL has so far weathered these problems fairly well.

But a bigger problem is lurking for the NFL and the sport of American football at all levels: a crisis of insurance coverage. And this crisis could make the seemingly large scandals the NFL has faced over the last few years appear trivial in comparison.

Like almost every other business, the NFL and an array of other American football leagues, including well-known youth leagues like Pop Warner, obtain insurance to cover various risks. The type and amount of insurance varies depending on need; coverage for workers’ compensation is a big issue in the NFL, not so much in youth leagues. But in a contact sport like football where injuries occur, insurance, particularly liability insurance, is a critical protection to a league’s bottom line.

Two weeks ago, ESPN’s Outside the Lines reported that over the past few years the insurance market for football has constricted considerably – it has almost completely dried up or may soon disappear entirely. The scarcity largely stems from the alleged link between injuries that occur in football, such as concussions, and serious long-term health consequences. Indeed, chronic traumatic encephalopathy, commonly known as CTE, is now part of the popular vernacular, in large part due to the numerous lawsuits brought by former players against leagues like the NFL and NCAA. See e.g., MDL-2323 In Re: National Football League Players’ Concussion Injury Litigation, 2:12-md-02323-AB (E.D. Pa.) (aggregating thousands of suits brought by former players). Since the settlement announced in the MDL action in 2017, some $500 million in claims has been paid out as of mid-2018, and the total expected settlement fund was adjusted upward to approximately $1.4 billion.

These types of claims present a perfect storm for insurers. The injuries, including death or serious mental incapacity, lend themselves to massive claims. The latency period for manifestation of injuries related to diseases like CTE can be decades, preventing insurers from closing their books for extended periods of time. Regardless of the merits of these claims, none of this bodes well for insurers, many of whom have already changed their outlook on writing this line of business.

The problem isn’t just limited to football leagues either. It extends to other aspects of the game. Helmet makers, for example, are facing a similar insurance crunch for similar reasons. A lack of insurers for equipment suppliers may well mean increased costs for football programs.

But what does the lack of insurance coverage mean for the game itself? While the answer isn’t clear, the threat is clearly existential. The NFL, one of the most successful and wealthiest sports leagues in the world, whose teams are worth billions of dollars, is obviously in a very different position than a local youth league. The NFL has the resources to self-insure if the liability insurance market for football dries up entirely, and to pay premiums high enough to convince an insurer to provide coverage that may be required by law, such as workers’ compensation coverage. According to some reports, the NFL is already self-insuring to some extent; it has no general liability policy covering head injuries. But the money for addressing the growing number of claims has to come from somewhere; it may have to be passed on to fans in the form of higher ticket prices, taken away from player salaries, or cut into the League’s profitability. While the League’s inability to buy insurance will not in and of itself destroy the NFL (at least not soon), even in the near term, the insurance crunch may cause an acceleration of safety-related rule changes. Thus, there will no doubt be a Super Bowl LX, but the game play may look different than what we expect to see at this weekend’s Super Bowl LIII, and the changes may be caused in no small part by the lack of available insurance coverage.

The more immediate threat, however, is to lower level leagues, which serve as feeder programs to college programs, and, ultimately, the NFL, and therefore could affect the game’s biggest stage. Unlike the NFL, these feeder leagues will be hard pressed to come up with the additional money needed to secure insurance policies or be forced to risk paying a large adverse judgment (or a high deductible) out of pocket. Eventually, the only option may be the latter one or nonexistence. To make matters worse, adverse claim experiences are mounting at the youth level as well. In 2016, Pop Warner settled a significant concussion-related suit. The amount was undisclosed, although it was less than that league’s $2 million policy. Thus, the available coverage is shrinking as the risk is multiplying.

With a few notable exceptions who are betting on football’s enormous popularity—popularity they hope will create an atmosphere where insurers can write business profitably at a rate football leagues can still afford to pay—the insurance industry consensus appears to be to leave the game altogether, or at least to raise premiums and deductibles and draft broadly worded exclusions.

Whatever happens, it will be interesting to see how the insurance industry addresses the game of football and other contact sports in the coming years and decades, and how the insurance industry’s decisions affect the game. But without youth and other feeder leagues to develop and nurture the NFL stars of the future, the outlook for the future of American football is dark and cloudy.