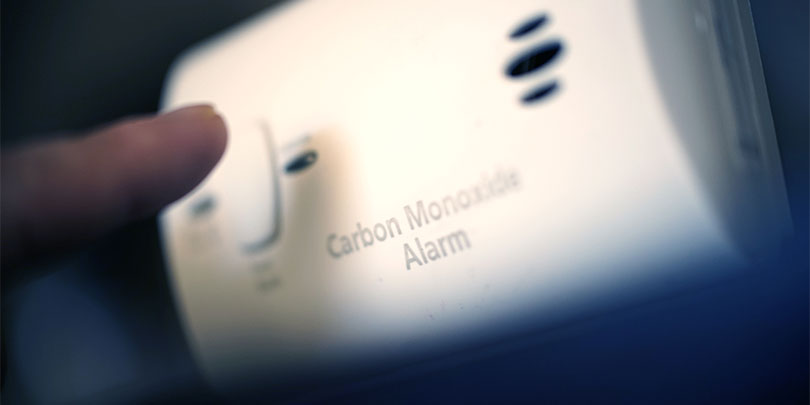 Ambiguity strikes again. While the heavily litigated pollution exclusion is well-known in the insurance world, its progeny—the indoor air exclusion—only recently has started making its way around the block. Insurers should be aware of the trend in cases holding that indoor air quality exclusions are ambiguous. Such holdings are resulting in courts applying a strict and narrow construction. For example, in Siloam Springs Hotel v. Century Sur. Co., No. 17-6208 (10th Cir. 2018), the Tenth Circuit recently held that an insurer is on the hook for a carbon monoxide leak in Oklahoma, finding that an indoor air quality exclusion does not bar coverage.

The case stems from an incident at a hotel where several guests sustained injuries after being poisoned by a carbon monoxide leak that followed a repair to an indoor-swimming pool heater. The hotel sought coverage under its liability policy but the insurer denied coverage, relying on the indoor air quality exclusion, which bars coverage for injuries “arising out of, caused by, or alleging to be contributed to in any way by any toxic hazardous, noxious irritating, pathogenic or allergen qualities or characteristics of indoor air regardless of cause.”

based upon the exclusion’s title—“Mold, Fungi, Virus, Bacteria, Air Quality, Contaminants, Minerals or Other Harmful Materials”—and the specific language of the exclusion—“any toxic, hazardous, noxious, irritating, pathogenic or allergen qualities or characteristics of indoor air regardless of cause”, the Court finds the Indoor Air Exclusion, while a very broad exclusion, [it] unambiguously applies to more than just situations involving toxic indoor air caused from the development of mold, fungi or some other degradation of structure but applies as well to situations involving toxic indoor air caused by a one-time, sudden infiltration of a toxic, hazardous, or noxious gas, such as carbon monoxide.

But after the district court’s decision, the case embarked on a complex procedural journey that included a series of remands and appeals unrelated to the merits issue which ultimately led to the Tenth Circuit’s ruling.

After the Nevada Supreme Court issued its decision, the hotel appealed the Oklahoma district court’s ruling that the policy exclusion was unambiguous to the Tenth Circuit. But before the Tenth Circuit had a chance to consider the merits of the claim, it certified a loosely related question to the Oklahoma Supreme Court regarding Oklahoma’s public policy exception. In the course of that, one Oklahoma Justice, Justice Kauger, weighed in on the merits of the claim, concluding that the policy exclusion does not bar coverage for the carbon monoxide leak. See Siloam Springs Hotel, LLC v. Century Sur. Co., 392 P.3d 262, 272 (Okla. 2017) (“Siloam III”). Justice Kauger relied on the recent Nevada Supreme Court’s ruling in her dissent. She noted that while the hotel reasonably argued that the limitation to “qualities or characteristics” means that the sudden leak was covered under the policy, the insurer also reasonably argued that the “regardless of cause” language excludes coverage for the leak whether it was sudden or not. Id. at 277. In Justice Kauger’s view, both of the interpretations offered were reasonable, meaning the exclusion was ambiguous and should be construed against the insurer. Id. Accordingly, the suddenness of the carbon monoxide leak excepted it from exclusion under the policy because the leak was not an inherent or continuous quality of the air.

In Siloam, the Tenth Circuit followed suit, reversing the ruling of the district court, opting to follow the reasoning of the Nevada Supreme Court, and the only Oklahoma justice to opine on the merits. The court ruled that the exclusion was ambiguous and construed it against the insurer. Specifically, the court stated that, “Oklahoma law would reach the same result as the Nevada Court reached in Casino West, since the language of the policy on its face is subject to multiple reasonable interpretations.” As such, the court held that the carbon monoxide leak was covered under the policy.

This case demonstrates the potential for a finding of coverage when there are two or more potentially reasonable interpretations of a policy exclusion. In addition, while courts generally look to the language of the policy on its face, depending on the jurisdiction, they may also consider the reasonable expectations of the insured.

SEC-ordered Disgorgement is an Uninsurable “Penalty,” not a Covered “Loss”