You are here: Home / Declaratory Judgment / “Contractor?” I Do Not Think That Employers’ Liability Exclusion Means What You Think It Means 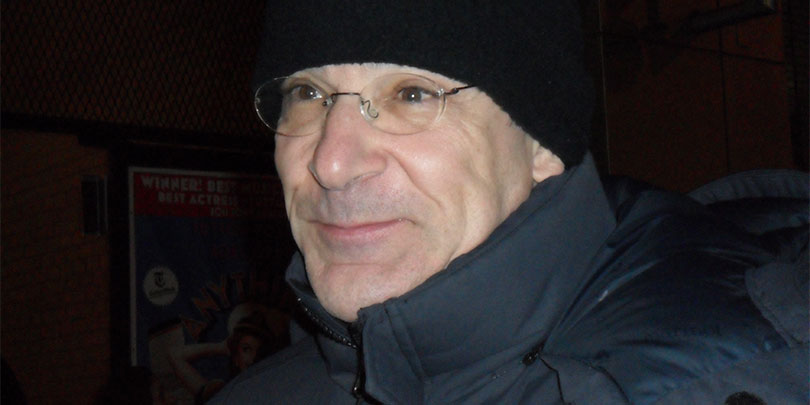 Over the summer, this blog reported on how the Supreme Court of Pennsylvania managed to parse an employer’s liability exclusion to find that it did not exclude claims by employees of additional insureds. As the leaves started to turn, the U.S. Court of Appeals for the First Circuit put an employer’s exclusion under a similar microscope. In United States Liab. Ins. Co. v. Benchmark Constr. Svcs., Inc., No. 14-1832 (1st Cir. Aug. 12, 2015), a case arising out of a home renovation, the court found that the word “contractor” is ambiguous. Notwithstanding the exclusion, therefore, a general contractor was entitled to coverage for injury to a house painter who had been hired by the project’s architect.

When Tom and Sue Ghezzi decided to beautify their home in Newton, Massachusetts, an architect named Thomas Huth designed the renovation plans. The Ghezzis then hired Benchmark Construction Services to act as general contractor for the project. But it was the architect, rather than Benchmark, who hired Sara Egan, d/b/a Painted Design, to apply decorative painting to one of the interior walls. Egan assigned the job to her employee, Meghan Bailey.

Ms. Bailey tried to complete the job from a ladder positioned on top of some scaffolding—scaffolding that had allegedly been erected by employees of Benchmark. (Benchmark claimed that Painted Design had been responsible.) After falling from the ladder on March 5, 2010, Ms. Bailey sued Benchmark in Massachusetts state court for alleged negligence in connection with the erection and maintenance of the scaffolding and ladder.

Benchmark sought a defense under its Commercial General Liability Coverage policy, but its insurer denied the claim. The insurer relied on an endorsement entitled, “Bodily Injury Exclusion – All Employees, Volunteer Workers, Temporary Workers, Casual Laborers, Contractors, and Subcontractors.” The endorsement provided that the policy’s insurance did not apply to

‘Bodily injury’ to any …’employee’…of any contractor or subcontractor arising out of or in the course of rendering or performing services of any kind or nature whatsoever by such contractor, subcontractor or ’employee’ … for which any insured may become liable in any capacity[.]”

In June 2013, the insurer brought an action in federal court in Massachusetts, seeking a declaration that the Bodily Injury Exclusion barred coverage for Bailey’s claims. Benchmark counterclaimed, and the parties cross-moved for summary judgment.

In July 2014, the district court entered judgment for the insurer. It held that the Bodily Injury Exclusion excludes coverage for any injuries to employees of contractors who are injured while performing services. As to whether Painted Design was a “contractor” within the meaning of the exclusion, even though it had no contractual relationship with the insured, the court had a simple answer: as used in the exclusion, “contractor” unambiguously means “anyone with a contract.”

Benchmark appealed the ruling to the First Circuit, and that court (by a panel that included Retired Justice David Souter) found the exclusion to be a much tougher read.

Benchmark advocated the latter reading: it claimed the exclusion applied only to injuries suffered in the course of services for which Benchmark was liable. It asserted, in other words, that the phrase “for which any insured may become liable” actually meant “which any insured was obligated to perform.” The insurer took the opposite position: it argued that the exclusion applies to injuries that employees suffer, if the insured may be liable for those injuries.

Without specifically addressing whether Benchmark was using the word “liable” in an exotic fashion, the court found that

reasonably intelligent people could differ as to the proper antecedent of ‘for which the insured may become liable.’ The exclusion is therefore ambiguous. Under Massachusetts law, [the insured] is entitled to have the ambiguity resolved in its favor, particularly where the ambiguity appears in an exclusion.

Did You Say “Contractor?”

The First Circuit next examined whether the term “contractor” was ambiguous. Benchmark argued that “contractor,” as used in the exclusion, meant not just anyone with a contract, but, rather, anyone with a contract with the insured. The court found both interpretations could be held by reasonably intelligent people, and it therefore construed the term in Benchmark’s favor.

Hey, What Did You Expect?

The court also examined the “reasonable expectations” of the insured, and it found that they supported this outcome:

Given that … the Endorsement may reasonably be read as an employer’s liability exclusion, it would be incongruous to exclude Bailey’s claims on the basis of the Endorsement. Bailey neither worked directly for Benchmark, nor was Benchmark anywhere in her chain of employment. Dividing the world into those who work for the insured and the general public, Bailey is squarely in the latter camp. Hence, her claims are of the sort that Benchmark could reasonably expect to be covered under the policy.

Furthermore, according to the Court of Appeals, enforcing the District Court’s reading of “contractor,” would

make[] a dice roll of every bodily injury claim, based on whether the injured party happened to be working under any contract[,] no matter how attenuated to the insured’s work.

A reasonable court could easily have found that Benchmark’s CGL policy, as modified by the employer’s liability exclusion, “divided the world” into those who worked on the project for which Benchmark was hired—rather than those who merely “worked for Benchmark”—and those who did not. It could just as easily have found that a “contractor,” in the context of the relevant exclusion, is “anyone with a contract to work on the relevant project.”  And it certainly could have found that the phrase, “for which [the] insured may become liable” unambiguously applied to a “bodily injury” for which coverage might be sought, rather than to a “service” that the First Circuit otherwise found to be irrelevant to the application of the policy.

The lesson is that courts are working overtime to read employer’s liability exclusions narrowly. Because contractors often perform services in multi-employer environments (even where, as in Benchmark, the project is a relatively simple home renovation), contractors’ exclusions should be prepared with these complexities in mind.