You are here: Home / Flood / Opening the Pandora’s Box of Flood Policies, or How Filing Suit Against Flood Insurers Can Effectively Reduce the Suit Limitations Period 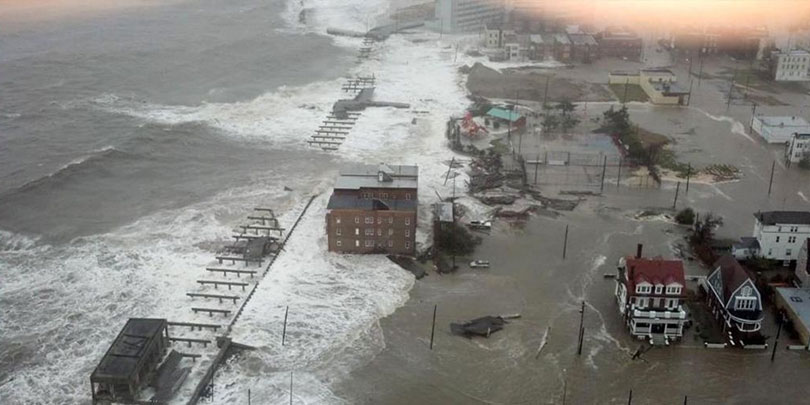 When is an insurer’s “Rejection of Proof of Loss” letter for flood insurance damage, which states on its face that it “is not a denial of your claim,” nevertheless a written denial of claim? According to the Third Circuit in Migliaro v. Fidelity National Indemnity Ins. Co., No. 17-1434 (3d Cir. Jan. 29, 2018), the answer is whenever “the policyholder treats it as such by filing suit against the carrier.” If a flood policyholder treats a proof of loss rejection as a claim denial and files suit, the one year limitation period commences upon the rejection of the Proof of Loss, even if the limitations period would not have commenced if the policyholder did not file suit. In other words, there is now one less open-ended limitations period in the Third Circuit.

Fidelity sends $90,000 payment for Hurricane Sandy damage and rejects policyholder’s Proof of Loss for another $236,000

The Proof of Loss cannot be accepted under the terms and conditions of the insurance policy for the following reason:

This is not a denial of your claim.
….

If there are additional covered damages identified, please forward documentation and they will be considered on a supplemental basis and a new corrected estimate and a new Proof of Loss will be provided.

On December 13, 2013, still within the one year limitations period, the policyholder filed suit in New Jersey federal court. He voluntarily dismissed in September 2014 and filed suit again on July 22, 2015, now well after the one year limitation period, claiming “despite demand for benefits under its policy of insurance, [Fidelity] failed and refused to pay benefits due and owing under said policy.”

The district court granted Fidelity’s summary judgment motion based on the insurer’s argument that the second suit “was filed almost two years after he received the letter” and thus time-barred, rejecting the policyholder’s argument that “he had never received a written denial of his claim” and thus “the statute of limitations had never begun to run.”

On appeal, the Third Circuit affirmed the district court’s judgment in favor of Fidelity. Noting that under the SFIP, a policyholder “cannot bring suit until his claim has been denied in writing,” the Third Circuit rejected the policyholder’s position that he did not accept the proof of loss rejection as a claim denial:

The Third Circuit rejected the policyholder’s argument that, because the rejection letter’s own terms stated that it was “not a denial,” the limitations period never actually commenced, reasoning:

[The policyholder] effectively claims an open-ended right to file suit. But his position is undercut by his own conduct—he brought suit because his clam was denied.

The Third Circuit’s ruling demonstrates that despite the volumes of case law analyzing the insurer’s duty of good faith and fair dealing, the duty applies with equal force, albeit with less regulatory specificity, to policyholders. Here, Fidelity’s letter invited the policyholder to provide additional documentation and another proof of loss. In response, the policyholder filed suit, accusing Fidelity of failing and refusing to pay benefits due under the SFIP, but later argued that Fidelity’s rejection was not a denial after all. The Third Circuit rejected this semantic argument (“Surely this is the same as saying that his claim was denied in whole or in part”) and rightly so. Perhaps this decision will remind policyholders that the duty of good faith and fair dealing is a two-way street.

See Something, Say Something – Especially on Your Application for Insurance Coverage

When Relying on a Prior Acts Exclusion to Deny Coverage, Be Sure to Connect the Dots