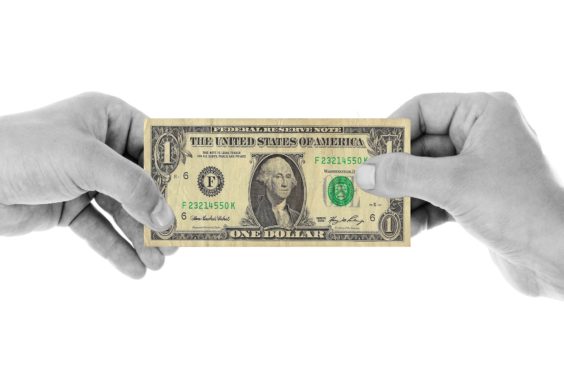 Recoupment of defense costs (defense fees and costs) by insurers in the absence of a duty to indemnify under a liability policy is an unsettled issue in many states. In a recent decision, a New York intermediate appellate court held that even though there was no duty to indemnify an underlying personal injury action under a CGL policy, the insurer could not recoup the defense costs it had advanced under a reservation of rights (ROR) letter where the policy at issue provided for a duty to defend but did not contain an express contractual provision allowing for the recoupment of such defense costs. This decision, however, by a court for one of four judicial departments in New York, is contrary to other state and federal decisions allowing recoupment under New York law and should be limited to its facts.

In American Western Home Insurance Co. v. Gjonaj Realty & Management Co., the insured property manager failed to notify the CGL insurer of a pending personal injury lawsuit for more than four years. Notice was first given after a default judgment was entered against the insured. The insurer agreed to defend and indemnify the insured subject to a reservation of rights. The ROR letter specified that the insurer would seek to recover defense fees and costs if it was determined that the policy did not provide coverage. The policy, however, did not have language authorizing the insurer to recoup. The insurer immediately filed a declaratory judgment action regarding coverage and also funded the efforts to vacate the underlying default judgment.

The effort to vacate the default judgment failed. However, in the coverage action, the trial court entered a declaratory judgment holding that there was no coverage and that the insurer was entitled to recover all defense costs. On appeal, the Appellate Division, Second Department, agreed that there was no coverage due to late notice and that the insured was not entitled to indemnity for the default judgment. Nevertheless, the Appellate Division reversed the declaration that the insurer was entitled to recoup the defense costs because “there is no provision in the policy that expressly grants the insurance company the right to recoup defense costs.” The court acknowledged other opinions, stating:

To the extent that certain federal courts interpreting New York law and our sister appellate courts in New York have held that an insurer may recover its defense costs when there has been a determination that no duty to indemnify exists … we decline to adopt that view.

The Appellate Division noted that there was “no provision in the policy that expressly grants the insurance company the right to recoup defense costs.” It then stated:

Since insurance policies are written contracts, when a policy such as the one at issue uses language obligating the insurer to defend any “suit” alleging a covered claim, and does not reserve a right to seek reimbursement from the insured, it obligates the insurance company at its own cost to defend the insureds until a judicial determination … that the underlying action was not covered by the policy.

Noting that here “the policy … does not expressly provide that where a claim is excluded, the insurance company may seek and obtain reimbursement of the costs for defending the excluded claim,” the court went on to add that “[t]here is little doubt that the insurance company could have included in the policy a provision wherein it could recover its defense costs (upon a reservation of rights and a judicial determination that it is not required to indemnify) had it wanted to, but it did not do so here.”

The court then went on to address the ROR letter, noting that “[t]ypically, a reservation of rights letter asserts defenses and exclusions that are set forth in the policy between the parties” and that “awarding an insurer its defense costs when the insurer issues a reservation of rights letter for the same despite the lack of any language in the policy at issue permitting the insurer to recover the costs of defending claims that are later determined not covered by the policy[,] flies in the face of basic contract principles and allows an insurer to impose a condition on its defense that was not bargained for.” The court also declined to find that, as some jurisdictions other than New York have held, where an ROR letter reserves rights to recoup defense costs and the insured accepts payment of defense costs, a new implied contract is created, or that an insurer can assert equitable principles of quasi-contract or unjust enrichment to support recoupment (the court noted that the insurer here did not argue that an implied contract was created by its ROR letter). In short, and contrary to other authorities, the Second Department here found that the ROR letter was insufficient to reserve recoupment rights in this context absent an express policy provision to that effect.

The Appellate Division recognized that “there is some precedent in New York for the insurance company’s position” and cited a number of state and federal cases interpreting New York law and holding that an insurer may recoup its defense costs upon a determination that no duty to indemnify exists. See Am. Home Assurance Co. v. Port Auth. of N.Y. & N.J., 166 A.D.3d 464, 465 (N.Y. App. Div. Nov. 15, 2018) (affirming denial of dismissal of a claim for recoupment where insurer reserved its right to recoup expenses not covered by the policy); Certain Underwriters at Lloyd’s London v. Lacher & Lovell-Taylor, P.C., 112 A.D.3d 434, 435 (N.Y. App. Div. Dec. 5, 2013) (affirming recoupment of defense costs because the insurer reserved its right to such reimbursement in the event of a finding of no coverage); Max Specialty Ins. Co. v WSG Inv., LLC, No. 1:09-cv-05237, 2012 WL 3150577 at *4 (E.D.N.Y. Aug. 2, 2012) (adopting magistrate recommendation that insurer, who specifically reserved the right to recoupment, was entitled to recoupment of defense costs in absence of coverage for indemnity, noting no error on the record and that insured did not object to that recommendation even though it had argued before the magistrate that there was a duty to defend); OneBeacon Ins. Co. v Freundschuh, No. 1:08-cv-00823, 2011 WL 3739427 at *7 (W.D.N.Y. Aug. 24, 2011) (insurer entitled to recoupment of defense costs where finding of no coverage under policy); Gotham Ins. Co. v. GLNX, Inc., No. 1:92-cv-06415, 1993 WL 312243 at *4 (S.D.N.Y. Aug. 6, 1993) (insurer entitled to recoupment of defense costs where its ROR letter explicitly advised insured of same and no evidence offered that the insured refused to consent to ROR). See also Am. Guar. & Liab. Ins. Co. v. CNA Reinsurance Co., 16 A.D.3d 154 (N.Y. App. Div. Mar. 8, 2005) (affirming reimbursement of defense costs to insurer where no coverage for insured’s liability under the policy). However, the court merely dismissed those authorities out of hand, stating “we decline to follow them” and, without further explanation or discussion, that it either did not “address the issue of whether recouping defense costs is appropriate or authorized” or that “there was no indication that the request for recoupment was opposed by the insured on appeal.”

The Appellate Division went on to favorably cite two federal court decisions from the Eastern District of New York, Crescent Beach Club LLC v. Indian Harbor Insurance Co., 468 F. Supp. 3d 515 (E.D.N.Y. 2020) and Century Surety Co. v. Vas & Sons Corp., No. 1:17-cv-05392, 2018 WL 6164724 (E.D.N.Y. Aug. 31, 2018), for their findings of no right to recoupment “where the policy at issue provided a duty to defend, but had no express contractual provision allowing for recoupment of defense costs,” stating simply “[w]e agree with this view.” Yet those federal court decisions did not address the New York state court authorities cited above and are not controlling. Indeed, Vas & Sons Corp. even recognized that there is “a split among federal courts over this issue” and that New York law “provides for such a remedy [recoupment] where the insurer prevails on a contractual or quasi-contractual claim for relief of that nature.” Moreover, they are distinguishable on their facts — for example, the Crescent Beach Club decision pointed out that the insurer’s lack of obligation to defend or indemnify could not be determined until after depositions and discovery were completed in the underlying action. In Gjonaj Realty, there was no dispute that the lack of timely notice precluded coverage for indemnity, without any facts needing to be determined in the underlying action.

Significantly, while the Appellate Division, Second Department, purports to base its ruling on contract language and the absence of a specific policy provision permitting recoupment, it seemingly ignores the fact that the policy here provided that “we will have no duty to defend the insured against any ‘suit’ seeking damages … to which this insurance does not apply.” Moreover, its holding is contrary to the very New York authorities it cites, including those of the Appellate Division’s First Department, where recoupment of defense costs was allowed despite the absence of an express policy provision providing for such recoupment.

Given the holding of the Second Department in Gjonaj Realty, which is contrary to First Department and other authorities on recoupment, the stage may be set for the issue to be presented to the New York Court of Appeals for resolution, or at least clarification of New York law on the subject. In the meantime, there are steps that insurers can take to better support a claim for recoupment of defense costs in the event there is no coverage for indemnity under a liability policy:

The bulk of authority applying New York law appears to support recoupment of defense costs where there is a judicial determination of no coverage for indemnity. The Gjonaj Realty decision, however, raises questions that may require resolution by New York’s highest court.