You are here: Home / Archives for Duty to Cooperate 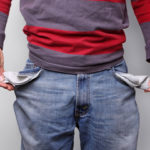 There have been more developments in Ironshore Specialty Insurance Co. v. Conemaugh Health System Inc., the case brought by Ironshore, as excess carrier, to seek reimbursement of amounts paid in an underlying medical malpractice settlement. While we previously reported that the court denied Conemaugh's (the insured's) motion to dismiss, the court has now also ruled that Conemaugh's counterclaims for bad faith can move forward, despite the fact that Conemaugh did not ... END_OF_DOCUMENT_TOKEN_TO_BE_REPLACED 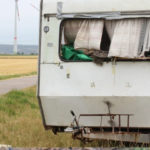 In Cawthorn v. Auto-Owners Insurance Co., No. 18-12067 (11th Cir. Oct. 25, 2019), the Eleventh Circuit affirmed the U.S. District Court for the Middle District of Florida’s grant of summary judgment in favor of Auto-Owners Insurance Co., ruling that a consent judgment does not constitute an excess verdict, which is an essential element of a Florida bad faith claim. This appeal arose from an April 2014 underlying automobile accident in which David Cawthorn and Bradley ... END_OF_DOCUMENT_TOKEN_TO_BE_REPLACED 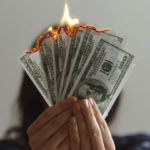 Florida's offer of judgment statute, Florida Statutes section 768.79, is a common technique for any litigator who wants to place additional risk on the plaintiff. The statute provides that if a defendant in a civil suit files an offer of judgment that is not accepted by the plaintiff within 30 days, the defendant shall be entitled to recover reasonable attorneys' fees and costs from the date of filing if the judgment is one of no liability or the judgment obtained by the ... END_OF_DOCUMENT_TOKEN_TO_BE_REPLACED 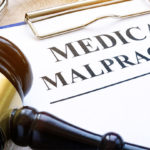 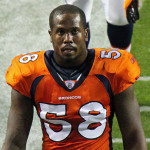 The “notice-prejudice” rule gives a pass to policyholders who breach the notice or cooperation provisions of their policies, if the breach is found not to have prejudiced the insurer. Sometimes, the late notice does not arrive until after the policyholder has settled an underlying claim; even in those cases—and even where the policy contains a “no voluntary payments” or a “consent-to-settle” clause—dozens of cases have found that the notice-prejudice rule applies. Last ... END_OF_DOCUMENT_TOKEN_TO_BE_REPLACED 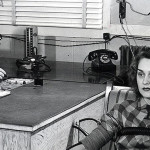 The cooperation provisions in most personal lines insurance policies require policyholders to sit for Examinations Under Oath ("EUO") to answer questions about the validity of a claim. What if the insured refuses to attend without having his non-lawyer friend sit beside him? May the insurer insist on examining the insured without the friend in the room? That was the question in Foremost Insurance Company v. Freeman, 2016 WL 380126 (S.D. Miss. Jan. 29, 2016). When Bad ... END_OF_DOCUMENT_TOKEN_TO_BE_REPLACED 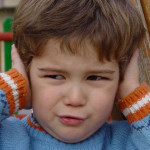 Cooperation is key. Or so says the 10th Circuit at least, in addressing an appeal from a district court's dismissal of an insured's action in which he failed to cooperate with his insurer's claim investigation. The 10th Circuit held that the insured, Kelly Bryant ("Bryant"), had not clearly demonstrated that the insurance company, Sagamore Insurance Company ("Sagamore"), breached its contract or otherwise acted unreasonably and in bad faith when it denied Bryant's claim ... END_OF_DOCUMENT_TOKEN_TO_BE_REPLACED

Both property and liability policies contain provisions that require the insured to provide its carrier with timely notice of a claim, but cases in which late notice is used as a basis for denying coverage often leave the insurer in an unflattering light.  It is not always apparent that the late notice has made any actual difference to the insurer.  Consequently, even though most notice provisions are written as strictly as possible, making timely notice a condition ... END_OF_DOCUMENT_TOKEN_TO_BE_REPLACED

A liability insurer’s reservation of rights can affect the insurer’s ability to participate in the litigation of the underlying action.  In most states, an insurer must provide independent counsel if the insurer’s coverage position might benefit from a failure of the insured’s defense on one or more issues in the underlying suit.  As this blog has reported, it is a rule in some other states that the reservation of rights, in and of itself, creates a conflict that ... END_OF_DOCUMENT_TOKEN_TO_BE_REPLACED

An Alaska politician once said of the folks she grew up with, "We grow good people in our small towns, with honesty and sincerity and dignity."  But those virtues don’t exactly leap out of the story behind Williams v. Geico Cas. Co., No. S–14089 (Alaska Jan. 25, 2013), which mostly has to do with alcohol, selfishness and stupidity.  At the climax of this sordid tale, a party to the lawsuit argued that an insurer’s refusal to offer policy limits for a release of only one ... END_OF_DOCUMENT_TOKEN_TO_BE_REPLACED