You are here: Home / Archives for Directors & Officers Liability Directors and Officers liability policies are typically precise in defining the job descriptions of the individuals to whom they offer coverage.  Recently, in United Fire & Cas. Ins. Co. v. Thompson, No. 13-2352 (8th Cir. July 11, 2014), the U.S. Court of Appeals for the Eighth Circuit had to decide whether the term "director," which was left undefined in a corporation's Commercial General Liability policy, could apply to a supervisory employee, whom one party ... END_OF_DOCUMENT_TOKEN_TO_BE_REPLACED 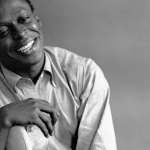 Earlier this year, in K2 Investment Group v. American Guaranty & Liability Ins. Co., 983 N.Y.S.2d 761 (N.Y. 2014), New York’s highest court adopted—but then decided against—a rule under which a liability insurer that has breached its duty to defend would be prevented from asserting coverage defenses in connection with the duty to indemnify.  That rule is settled law in Montana, however, and last month, in Tidyman’s Management Services, Inc. v. Davis, 330 P.3d 1139 ... END_OF_DOCUMENT_TOKEN_TO_BE_REPLACED