You are here: Home / Archives for Bad Faith 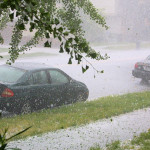 When a claim goes south, the insured often pursues a bad faith claim. But even when the bad faith claim settles, that doesn't always mean the litigation is over. And that means it's still necessary to be vigilant about preserving the confidentiality of privileged communications. One way that insurers often waive the privilege inadvertently is by making statements during discovery that put the advice of counsel "at issue."  Last month, in Seneca Insurance Co. v. Western ... END_OF_DOCUMENT_TOKEN_TO_BE_REPLACED 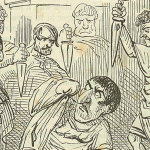 Insurers don’t, as a rule, like bad faith suits.  But life can play funny tricks—as when a judgment against an insured breaches a layer of excess coverage, because the primary carrier failed to settle within its policy limits.  In those circumstances, a number of jurisdictions hold that the excess carrier is subrogated to the insured’s right to sue the primary insurer for bad faith failure to settle.  Northwestern Mut. Ins. Co. v. Farmers Ins. Co., 76 Cal App. 3d 1031 ... END_OF_DOCUMENT_TOKEN_TO_BE_REPLACED 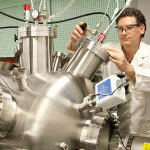 In bad faith cases, juries must often decide if the way an insurer processed a claim lacked a "reasonable" basis.  Courts have consistently held that experts can help—by explaining how a claim is supposed to be handled.  The same courts also insist, however, that experts may not "tell the jury what result to reach."  Three recent cases from an assortment of federal courts enforced that rule by excluding expert opinions.  But the real lesson of these cases might be that ... END_OF_DOCUMENT_TOKEN_TO_BE_REPLACED 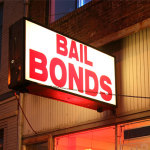 "You say to-may-toe; I say to-mah-toe," or so the saying goes.  According to the Eastern District of Pennsylvania in Charter Oak Insurance Company v. Maglio Fresh Food, No. 12-3967 (E.D. Penn. Sept. 9, 2014), the same can be said of a "cost of appellate bond" provision in a liability policy: Debating whether this "hybrid" term is part of the duty to defend or the duty to indemnify "is not easily nor necessarily answerable."  The underlying Maglio Fresh Food case involved ... END_OF_DOCUMENT_TOKEN_TO_BE_REPLACED 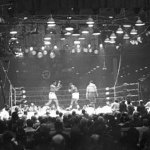 In a bout before the U.S. Court of Appeals for the Seventh Circuit, two heavyweight federal statutes squared off, with coverage for hundreds of long-tail, asbestos-related personal injury lawsuits on the line.  In one corner: the Federal Arbitration Act, enacted by Congress to overcome federal courts’ erstwhile reluctance to enforce arbitration agreements.  In the other corner: the McCarran-Ferguson Act, created to curb those courts’ over-reach into insurance regulation ... END_OF_DOCUMENT_TOKEN_TO_BE_REPLACED 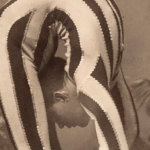 Insurers have a duty to process claims in good faith, but sometimes they farm the job out to third-party administrators (TPAs).  If the TPA fouls up, many states hold that the insurer is still liable—for its own breach of duty, even if a doctrine of vicarious liability does not apply.  The rule is summed up in the statement that the duty of good faith is not delegable; the insurer must either handle the claim in good faith or cause someone else to do so. But what ... END_OF_DOCUMENT_TOKEN_TO_BE_REPLACED

As this blog has previously reported, accidents with guns are not likely to become less common any time soon.  With home- and business-owners striving to find increasingly original ways to get shot, they will put increasing strain on the traditional language of the coverage exclusions in insurance policies.  In Gear Automotive v. Acceptance Indemnity Insurance Company, No. 12-2446 (8th Cir. Mar. 18, 2013), the U.S. Court of Appeals for the Eighth Circuit recently ... END_OF_DOCUMENT_TOKEN_TO_BE_REPLACED

Strawn v. Farmers Insurance Co. of Oregon is a class action that challenged the insurer’s use of automated bill review systems to determine the reasonableness of medical claims submitted under the Personal Injury Protection (PIP) coverage of automobile policies.  The plaintiff alleged that Farmers had promised to pay the “reasonable” cost of covered medical services, but had failed to do so.  In May 2011, the Supreme Court of the State of Oregon ruled that a class could ... END_OF_DOCUMENT_TOKEN_TO_BE_REPLACED

An Alaska politician once said of the folks she grew up with, "We grow good people in our small towns, with honesty and sincerity and dignity."  But those virtues don’t exactly leap out of the story behind Williams v. Geico Cas. Co., No. S–14089 (Alaska Jan. 25, 2013), which mostly has to do with alcohol, selfishness and stupidity.  At the climax of this sordid tale, a party to the lawsuit argued that an insurer’s refusal to offer policy limits for a release of only one ... END_OF_DOCUMENT_TOKEN_TO_BE_REPLACED

A recent decision by a New Jersey Appellate Court clarifies both the scope of a New Jersey insurer’s duty of good faith in resolving a first-party uninsured motorist claim and the way in which claims for breach of that duty must be raised. The plaintiff in Wadeer v. New Jersey Manufacturers Ins. Co., A-3206-10T4 (N.J. Super. Ct. App. Div., Dec. 13, 2012), was severely injured when a “phantom vehicle” swerved into his lane and made him lose control of his car.  He was ... END_OF_DOCUMENT_TOKEN_TO_BE_REPLACED